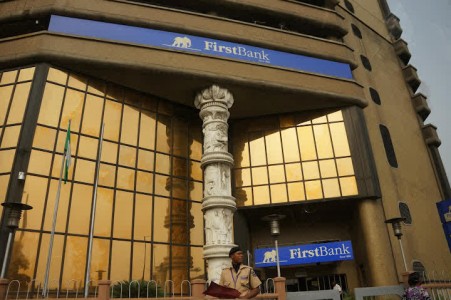 FirstBank and the United bank for Africa (UBA) have been sanctioned by the Central Bank of Nigeria for failing to comply with the directive by the Federal Government on the Treasury Single Account policy.
It was gathered that about N37, 548,198,102.41 belonging to the Nigeria national Petroleum Corporation was still being kept by FirstBank despite the directive to remit all such monies to the TSA with the CBN.
Similarly, another sum of N58, 843,793,029.05 belonging to the Nigerian National Petroleum Corporation was also discovered in an account with the UBA.
Consequently, Firstbank was fined N1, 877,409,905.12 while UBA got N2, 942,189,651.45 as fines being five per cent of the amounts they failed to remit respectively. It was gathered that the Central Bank of Nigeria has already debited both bank’s accounts with the apex bank for the unremitted amounts and the penalties.
The Federal Government had in August, 2015 directed all the Ministries, Departments and Agencies (MDAs) to close all their accounts domiciled in the commercial banks and transfer them to the federation account.
The directive applies to fully funded organs of government like the Ministries, Departments, Agencies and foreign missions, as well as the partially funded ones, like teaching hospitals, medical centres, federal tertiary institutions, etc.

Agencies like the CBN, SEC, CAC, NPA, NCC, FAAN, NCAA, NIMASA, NDIC, NSC, NNPC, FIRS, NCS, MMSD, and DPR are also affected. The directive further stated that for any agency that is fully or partially self-funding, sub-accounts linked to TSA are to be maintained at CBN and the accounting system will be configured to allow them access to funds based on their approved budgetary provisions.