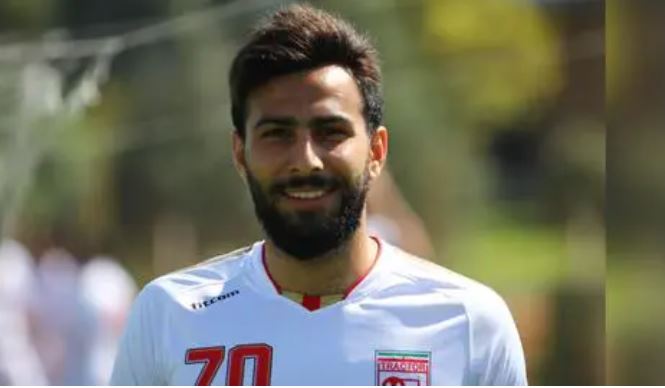 Amir Nasr-Azadani, Iranian footballer who was sentenced to 26 years in jail after protesting for women’s rights has pleaded for help in an audio message from his jail cell.

The defender says he wants his supporters to ‘know what conditions he is under’, asking: ‘Me? 26 years? Is it possible?’

He goes on to tell supporters he hopes they will continue to speak for him and ‘one day we can be together again’.

The former Tractor player was arrested in November as anti-regime protests swept the country following the death of Mahsa Amini.

The 22-year-old Amini had died in police custody after she was arrested by the ‘morality police’ for ‘wearing her hijab improperly’.

Nasr-Azadani has since been found guilty of ‘partaking in enmity against God’ in relation to the killing of three security officers during demonstrations in Isfahan on 16 November.

He appeared to confess to the crime on television, but reports suggest his confession was coerced and he has denied guilt.

It’s believed he was handed sentences totalling 26 years, but will serve 16 years.

In a clip obtained by CNN, a voice said to belong to Nasr-Azadani says: ‘Whoever you are in contact with, my friends, footballer friends, send this message to them, so they know what conditions I am under.

‘Hopefully, one day we can be together again. My hope is first of all with God and then the people outside.’

He adds: ‘I hope they continue to support me because all these harsh sentences that were issued to me I really do not deserve.

Three other protesters were sentenced to death in the same trial, which human rights groups have called a ‘sham’.

As many as 41 more protesters have reportedly received death sentences in Iran in recent months, although the number could be higher.

It comes after a British-Iranian national who was accused of being a spy for the UK was executed.

Prime Minister Rishi Sunak has described his execution as a ‘callous and cowardly act, carried out by a barbaric regime’.