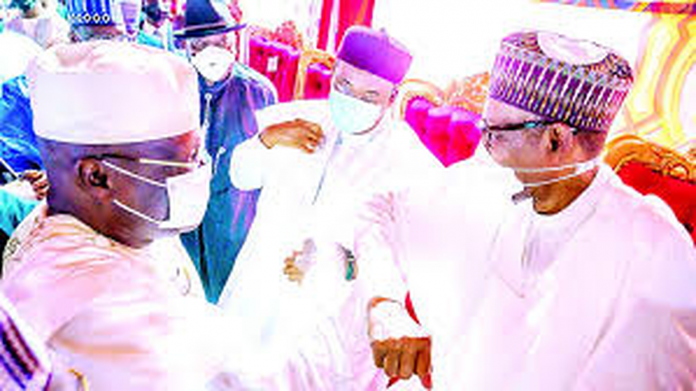 Islamic cleric, Sheikh Ahmad Gumi, has described as insensitive the razzmatazz Nigerian politicians spun up with the wedding of the first son, Yusuf Buhari, in Kano on Friday.

The wedding ceremony attracted Nigeria’s who is who , including former President Goodluck  Jonathan, ex-V.P Atiku Abubakar, and many others who jetted out there in private planes.

“Some people are in captivity in bushes dying silently as kidnappers are holding unto them until ransom is paid,” said Gumi while preaching during the Jumat at the Sultan Bello Mosque in Kaduna.

“Others are suffering from hunger, as it’s everywhere. People are facing all manner of problems, yet politicians spend public funds on private jets.”

He wondered if the politicians ever contemplated what Quran states.

“When Prophet Mohammed married off his daughter, who came from Mecca or Yemen? In the entire Medina no righteous persons to oversee the solemnisation?”

He blamed the religious leader for the hopelessness the political class has created.

According to him, clerics are now subservient to the politicians.