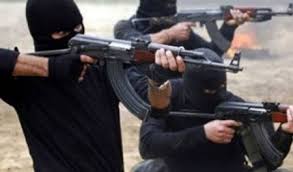 The Police Public Relations Officer of the State Command, DSP Irene Ugbo, in a statement in Calabar, indicated that one other personnel sustained injuries.

DSP Ugbo dispelled reports that six police officers were killed by the gunmen.

There were insinuations that the Indigenous People of Biafra (IPOB), may be involved in the attack. The police authorities were, however, silent on this, insisting that the attack was carried out by unknown gunmen.

The Police Public Relations Officer of the State Command, DSP Irene Ugbo, in the statement declared: “The police command in Cross River regrets and condemn the unfortunate attack on policemen by unknown gunmen at two checkpoints in Obubra LGA in the early hours of Wednesday.

“The command hereby refutes the trending news making the rounds in some quarters that six policemen were killed in the said attack.”

DSP Ugbo said that the Commissioner of Police in Cross River State, Sikiru Akande, has appealed to residents to be calm, adding that frantic efforts are ongoing to get to the root of the incident.

“The command enjoins residents and well-meaning people in the state to view security as a collective venture by sharing genuine information with the police,” the PPRO declared.