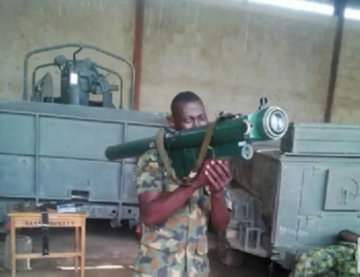 There are emerging allegations linking the President of Chad, Idriss Déby, to supply of weapons to Boko Haram terrorists in the northeast Nigeria. There was a purported revelation by a political associate of the Chadian President arrested in the process of supplying missiles to Boko Haram, who alleged that the Chadian President provided the funds for the purchase of the weapons from the Sudanese army for the insurgents.

A report indicated that a close political associate of President Idriss Déby of Chad, Mahamat Gnoti, was arrested by border guards as he tried to smuggle 18 SA-7 surface to air missile he purchased from the Sudanese army meant for Boko Haram terrorists in northeast Nigeria. 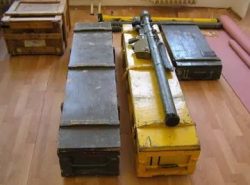 Gnoti was said to have alleged that President Idriss Déby gave him the funds to purchase the weapons which he was ferrying to the Boko Haram fighters. He was said had waved a presidential pass purportedly issued to him by President Deby’s office to facilitate his movement across the border; unfortunately, the border guards insisted on conducting search on him. The guards were said to have found the weapons in Gnoti’s vehicle and got him arrested.

There were insinuations that the Chadian President may not have been giving full cooperation to the Nigerian government in the fight to eradicate Boko Haram in the northeast. It was alleged that President Derby four months ago, swindled the Nigerian government of $22 million in a failed attempt to negotiate the release of over 200 Chibok schoolgirls kidnapped by Boko Haram.