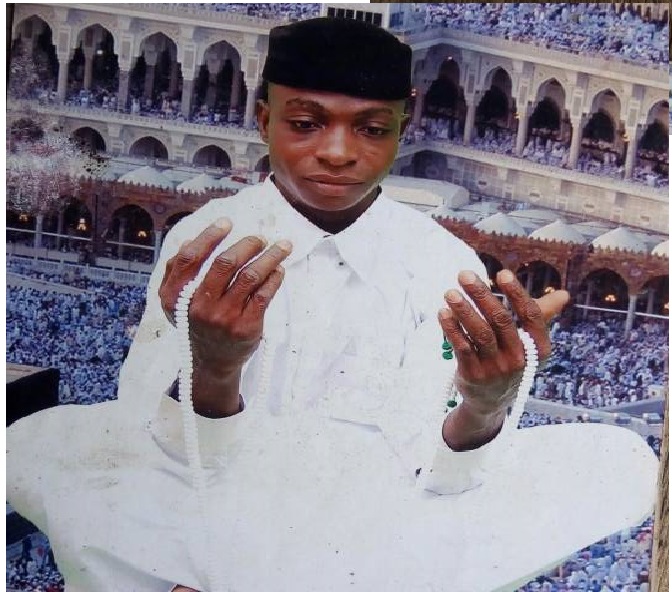 Like a dark cloud hovering around the planet, the death of Yusuf Mohammed aka Alfa threw up a huge challenge to his family and has left the dependents conflicted and wondering in the dark.

The late Yusuf, a 37-year-old tanker driver and farmer had no premonition of his death. Perhaps, he would have shelved the idea going out that night to hunt for snails after a laborious day’s work.

But compelling determination to augment his earnings were some driving force. As usual, hunting for snail was a habit he has imbibed; especially as each time he went out galvanised into bountiful harvest that is enough for the household and for some for sale.

Desirous to know what actually happened and having broken the news first of the shooting, our correspondent decided to locate the family of the deceased.

After frantic search, our reporter located the fenced compound with built-up shanty houses. Fatima, the wife of the victim was looking confused as she was sandwiched by some women, who, probably, came to console her.

Innocently, oblivious of the reality that her father has been killed, Aisha, the one-year-old daughter of the deceased was engrossed in her play with other toddlers while at the same time clutching a biscuit with her right hand and intermittently bitten it.

Having spoken to the wife, Fatima at greater length; often punctuated by intermittent sobbing, National Daily correspondent was led to the scene of the shooting behind Lekki Gardens estate phase 4 by Michael Aie, the deceased friend with whom they went for the snail hunting. We were accompanied with a couple of his other intimate friends.

To the amazement of our correspondent, it was discovered that the police actually shot through the fence without seeing the people he shot at. He neither saw them face to face nor halts them. Further prodding revealed two holes on the fence the bullets penetrated before hitting the victim where he was packing his snails.

Michael explained that they started the hunt about 10pm, a ripe time, it was gathered they used to harvest large number of snails. It was learnt that that was not the first time they would go out for hunting together in that same bush.

Debunking police allegation that they were thieves, Michael pointed out that they had no ulterior motive other than to pick crewing snails.

Michael said, “We were almost through with our hunting expedition having picked large number of snails and was at the verge of packing them into the bag than we heard a gunshot very close to us.

“I told Yusuf that was a gun shot and he trivialised it saying it might be some hunters. Before I could finish explaining that if it were hunters, they couldn’t have been so close to us, a second gunshot went off and hit him in his leg and fell down.”

National Daily was told that Yusuf’s life would have been saved if the police had allowed his friends to take him to the hospital for treatment. “The policemen detained us in front of Lekki Gardens phase 4 while Yusuf bled to death.”

The 29 years old wife, Fatima Yusuf Mohammed, hails from Ogun state. She has only a daughter named Aisha for the victim. Incidentally, Aisha turned one year on the 12th May, 2017, six days after her father was killed by the police.

She told National Daily that the incident was first broken to her by a neighbour who ran into the compound to announce that one man was shot in the bush. “Immediately, I knew the victim might be my husband because I was aware he went out with a friend to hunt for snail. We ran out only to meet him on the ground at phase 4 gate bleeding profusely.

She explained further, “As the mobile policeman shot him, they abandoned him in the place and ran away. It was only Michael that was with him and he ran to meet some boys who lived around us and mobilised to bring him out of the bush.

“When they carried him to Lekki Gardens Phase 4 gate, I saw two of the MOPOL whom I begged to help me carry him to the hospital. They got angry, opened their gate, entered and locked it. I couldn’t see their names because it was night but I can recognise them very well because I used to see one of them every day in front of the gate where he used to drink.”

Asked if her husband died immediately after the shot, she added, “No, my husband didn’t die immediately. In fact, he spoke with me when I got there. He said, “Mama Aisha, tell them to help me, I am in pains.” Everybody saw him in front of phase 4 where the police lay him down bleeding.”

Fatima, who said forgiveness was out of the question for the policemen who have turned her a widow reiterated that the police eventually took her husband away to an unknown place. However, based on information, we learnt he was taken to Ogombo Police Station and later to a hospital we couldn’t confirm if it was true or not.

National Daily gathered that after the victim passed on, the wife was not informed by the police authorities about the death but got to know about it through news mail.

Fatima’s appeal is simple: she wants justice to be done so that the death of her husband will not be in vain. She also is soliciting government’s support and for the police authority to adequately compensate the family for the loss of their breadwinner.

The friends also bear their mind

Ayomide Oriwo is an intimate friend of the deceased and has known him in the past six years as a simple, easy-going gentleman who loves to give.

Apart from that, Yusuf is such a funny person that anytime you have the opportunity to be with him, he makes you laugh. He was so loved by everybody because he could share the last kobo he had on him with you to make you comfortable. “Yusuf was philanthropic in nature.

Berating the police for their uncanny killing, Ayomide reiterated that he has lost every iota of respect for the Nigerian police. “This is wrong killing too many. Police are no friends of the community. We have lost confidence in the police. If people that are paid with tax payer’s money to protect us could turn their gun against a man who only went to the bush to hunt for snails despite all odds, we would have no choice to depend on ourselves for security. Police have failed us.

For Benjamin Dioya, who has known the victim for two years was bitter about the senseless police killing.

He told National Daily that there was nothing the police as an organisation would do that will interest him again. “If I didn’t know Yusuf aka Alfa, I would have said something else. He has never stolen from anybody and he is always struggling to make ends meet. Why will his life be wasted because he went into the bush to hunt for snails,” he asked.

Attempt to reach the Police Public Relations Officer, Lagos State Police Command, Assistant Superintendent of Police Olarinde Famous-Cole on phone to comment on the development was futile. He responded with a text saying “I’m busy at the moment. Please, text me.”

A text message sent was not responded to as well as several other calls routed to his line.

A police source informed our correspondent that that the case has been transferred to the Criminal Investigation Department (CID) of Panti Police Station, Yaba for further investigation.