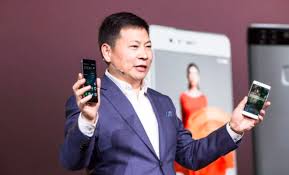 The move, spotted earlier by Engadget, was announced today and is effective immediately.

Chang joined the company as CFO in 2012, moving there from Goldman Sachs. He also previously ran HTC’s global sales business — before eventually becoming president of smartphones and connected devices in 2016.

HTC’s investor note specifies Chang is leaving for “personal career plan” reasons, and local press in Taiwan is reporting that Chang intends to set up his own AI startup.

HTC does not list a replacement for the position and did not respond when we asked about its plans for rehiring a smartphone chief.

A company spokesperson provided the following statement on the news:

“We can confirm Chialin Chang has resigned from his position as President of the Smartphone and Connected Devices Business at HTC.

We thank him for his dedication to the Company for the last six years and wish him well in his future endeavours.”

Chang’s departure follows HTC transferring more than 2,000 of its best engineers to Google at the end of last month on the completion of a $1.1BN cooperation agreement between the pair, which was announced last fall — with Mountain View taking charge of many of the HTC engineers who worked on its Pixel devices.

In exchange HTC has a chunk of cash but the size of its engineering team has shrunk by about a fifth — and it’s now down a smartphone president to boot.

How it can go about reviving a smartphone business which has for years suffered lackluster earnings — on account of being outmanoeuvred and outgunned by faster and better resourced rivals — remains an open-ended question at this point.

A glance at this statista graph amply illustrates the challenge.

In recent years HTC has been increasingly focused on its emerging VR business — under the Vive brand and in partnership with games publisher Valve.

Though, in September, it said it remained committed to both VR and smartphones, including its U series of premium smartphones.

And also said its collaboration with Google means it can continue to work with the engineers that now work for the Pixel maker.

Chairwoman and CEO Cher Wang is giving a keynote speech at the Mobile World Congress tradeshow later this month.

But there will be no flashy HTC press conference — as was the norm in its smartphone heyday.

Indeed, it does not appear to have any flagship hardware launches in the pipe for MWC 2018.

Though, once again, it will be demoing its Vive VR technology to delegates at the world’s biggest mobile show.