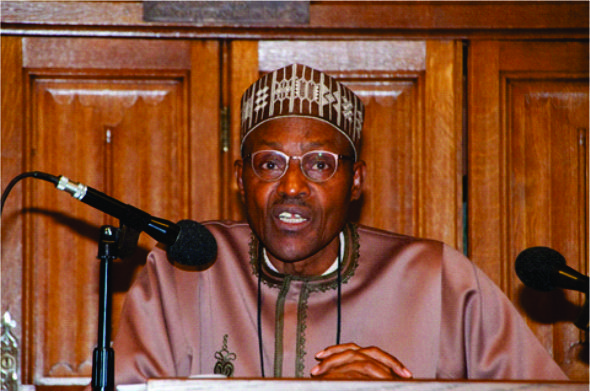 A south-eastern youth group has threatened to shut down Nigeria if anything bad happens to President Muhammadu Buhari as Father Ejike Mbaka prophesied there are certain elements cooking assassination plots against the president.

The Buhari South East Youth Movement, in a statement released and signed by its leader Nwabueze Onwuneme, said those behind the plot should have a rethink because such plan will spell doom for the country.

“Mbaka’s prediction should not be dismissed with a wave of hands because corruption really fights back dirty when attacked,’ the group stated, urging Nigerians who have information on the group to inform the security agencies.

Father Mbaka, the founder of the Adoration Ministries, prophesied on January first President Buhari is a sitting duck. “There are many plans on how to eliminate his life so that corruption, embezzlement will continue,” the Enugu-based Catholic cleric said.

“But the Lord says, God who put you there, will not forsake you. Be firm, resolute, focused, unbiased and refuse to be intimidated and distracted. Go ahead and war against evil.”

Many Nigerians, however, see the Father as fawning on politicians.

The Human Rights Writers Association of Nigeria recently lashed out at the priest for peddling cheap rumours to curry favour from politicians at both the national and regional levels.

“Fr Mbaka is putting his priestly calling and office to the pecuniary services of the All Progressives Congress of President Buhari,” said HURIWA in a statement issued January 2 by its National Coordinator Comrade Emmanuel Onwubiko, and the National Media Affairs Director Zainab Yusuf. “ It is barely two weeks he was photographed smiling with his political host President Muhammadu Buhari that he emerged from his delusional hibernation to manufacture cock-and -bull story about some plots to assassinate Mr. President by corrupt politicians.”

The group has given the priest 21 days to shape up before it drags him to the Vatican, especially if the Catholic Bishop Conference refuse to call him to order.