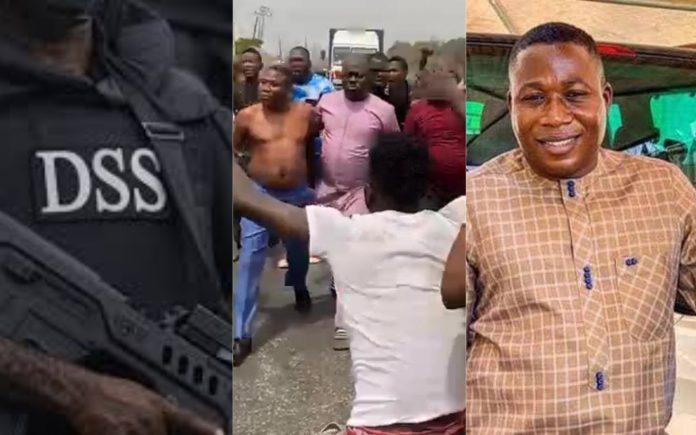 The Court D’Appal of Cotonou has refused to extradite Yoruba Nation agitator, Sunday Adeyemo, popularly known as Sunday Igboho to Nigeria but ruled that he should be kept in prison custody pending investigation.

However, the details of the judgement are still sketchy as of the time of filing this report.

The Court, which was expected to start hearing the case at 10:00am, chose to bar Journalists and supporters of Igboho who thronged the court premises as early as 7:30am, when it commenced sitting at about 5:00pm.

Supporters of Igboho were dispersed from the premises of Court later in the evening, prompting fears that he might be deported to Nigeria.

The Nigeria government accused Igboho of trafficking in arms, inciting violence to disrupt the public peace and agitating for secession. Igboho denied all the allegations.

Igboho and his wife, Ropo, were arrested at the Cardinal Bernardin International Airport, Cotonou, last Monday while trying to catch a flight to Germany.

However, Ropo, who is a German citizen was set free by the court on Thursday while the self-styled agitator was remanded in the custody of Brigade Criminelle in Cotonou.

Igboho was placed on the wanted list on July 1 by the State Security Service, also known as the Department of State Services after its operatives raided the Soka residence in Ibadan of the agitator, killing two of his aides and arresting 12 others during the operation.