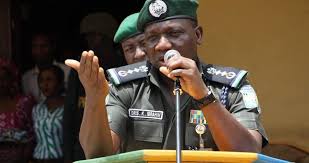 Force spokesman, Jimoh Moshood, disclosed this in a statement in Abuja on Saturday, and said that the directive was to enable all police formations to prevent crimes and criminality in the country.

“This directive from the I-G is consequent on the recent attack and killing of seven policemen at Galadimawa Roundabout in Abuja on July 2 by armed robbers and bandits,” he said.

Mr Moshood said that the AIGs and CPs were under strict instruction to re-jig their crime prevention and control strategies and carryout massive deployment of police personnel and logistics.

He said that they are also to pay attention to places of worship, schools, markets, venues of recreation and other public spaces to forestall any untoward incident.

“The ongoing raids of criminal hideouts and black spots will be sustained throughout the country. Show of Force exercise and confidence-building patrols will also be embarked upon,” he said.

The spokesman implored the public to cooperate with the policemen deployed in their localities.

He said that the renewed commitment of the force to sustain the tempo of the fight against violent crimes and other criminality in the country remained unequivocal and unwavering.