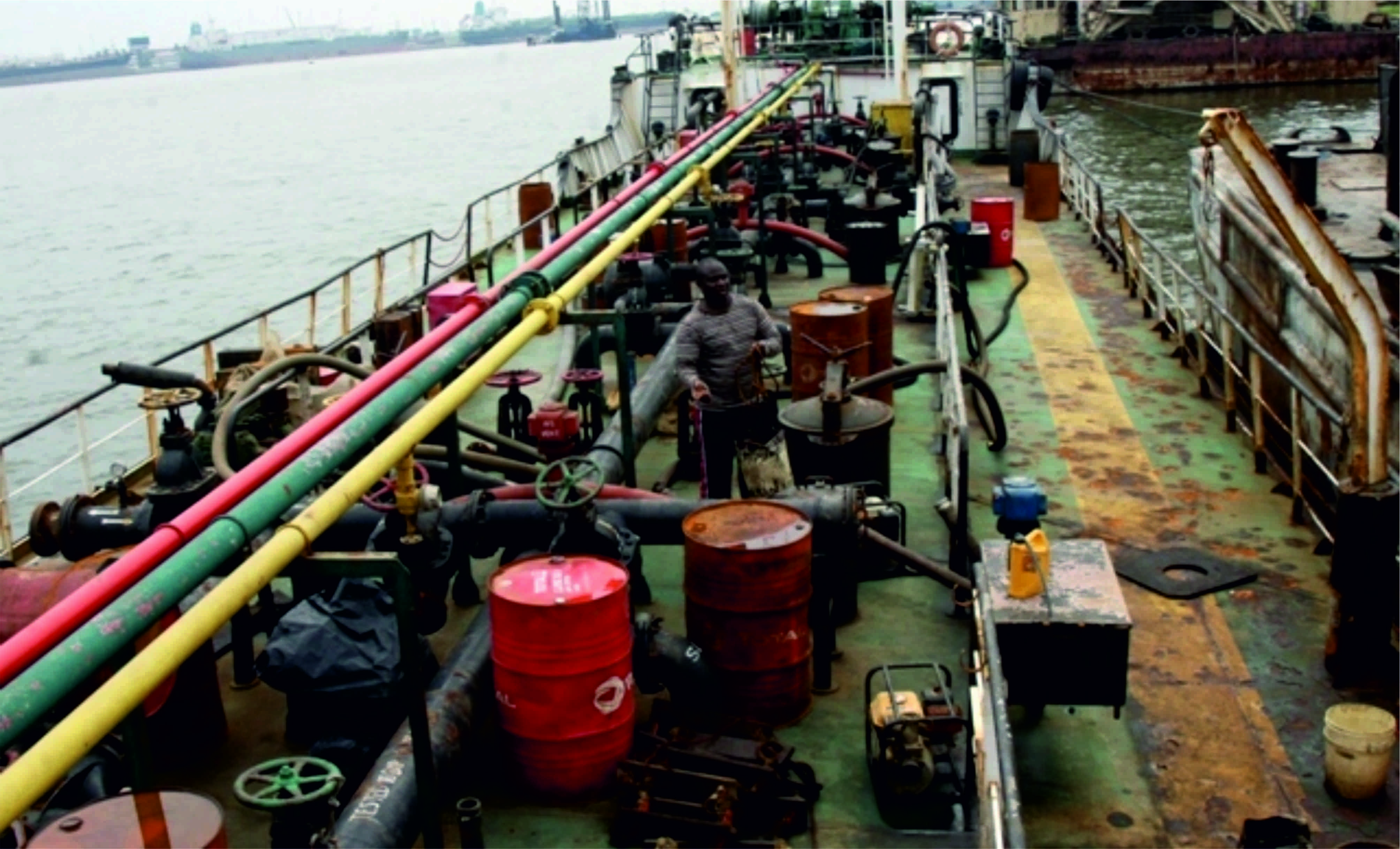 It just cannot be overemphasized that Nigeria has become a theatre of the absurd. If this country were to be in a saner clime, there is no way Mele Kyari would still be sitting there as the chief executive officer of the nation’s apex oil concern with all the scandals of malfeasance upstream, downstream, and everywhere you look in anything that has to do with oil in this country.

All by himself, the NNPC boss Mele Kyari, last week in what obviously could go as Nollywood film shooting field expedition told the world that Nigeria has discovered an illegal export pipeline connected from Forcados Terminal, one of its major oil export terminals into the sea. He also quickly added that the pipeline had been operating undetected for nine whopping years.

The same man also said during a meeting with the Nigerian senate to defend his company’s Medium Term Expenditure proposal that “The four-kilometre (2.5miles) connection from the Forcados export terminal, which typically exports around 250,000 barrels per day (bpd) of oil, into the sea was found during a clamp-down on oil theft.”

And as expected, Shell immediately dissociated itself from the scandal as the company’s Media Relations Manager, Bamidele Odugbesan, came public to say “The recently discovered theft pipeline is approximately 30km away from Shell’s Forcados Terminal. It is not within SPDC’s pipeline Right of Way.”

Following Shell’s rebuttal, the same NNPC helmsman, Mele Kyari shamelessly made a u-turn to say that the same ‘recently-detected illegal pipeline connection was on the Trans Escravos pipeline looped to the 4-kilometre Afremo test line to the sea and not Forcados Terminal as earlier claimed.’

The first question is: now NNPC has established that the illegal connection has its origin from Afremo facility, so who owns this facility (the pipeline/testline and the offshore loading platform) of this alleged exist point for diverted/stolen crude? Afremo platform including connecting pipelines (tests/trunk) are well known oil infrastructure in the area. It’s neither new nor secret. So between NNPC and Shell, we are waiting to hear from them as this will help tremendously in cracking this mindless crime against the country.

Any thought that this 4km pipeline and loading jacket was illegally installed for crude oil theft by oil thieves was a big joker in Kyari’s hurriedly rehearsed drama gone awry as directed by Tompolo.

The NNPC boss’ disinformation is an obvious pointer to why the management of the nation’s oil business is in such a mess that nobody knows for sure including himself the actual volume of crude oil Nigeria pumps out and exports every day. How can anyone rationalise that Kyari does not know the difference between Forcados Terminal facility and Trans Escravos as crude trunk line?

It’s actually a show of shame to himself and his office by muddling up the whole narrative not knowing the difference between tapping directly from the Forcados Export Terminal and Trans Escravos trunk line. If Shell did not protest the blackmail, Nigerians would have gone home believing that the NNPC boss is working. Can you see why this country is where it is!

The entire Ogulagha terrain, the site locality of this drama is a familiar one to me as I spent months in the area working on environmental pollution issues from Shell’s FTEP in early 2000. And there is no way a 4km “theft pipeline” could operate for a  whopping  nine years without anyone noticing it considering the tortuous compensation issues and aggressiveness of the youths of the host communities around there against oil projects no matter how small the scale.

Kyari as an oil man should be aware of the requirements, in terms of heavy equipments and payments of compensations, to build an illegal 4km oil pipeline which has been operating for nine years unnoticed by the NNPC.

Mele Kyari should be sacked and prosecuted because it is shameful that the NNPC boss really believe and is advertising this organised drama as revelation.

But how did the NNPC boss know with the certainty he spoke that the illegal pipeline has existed for nine years? There is no way Kyari could have looked at the pipeline from the surface and say with finality the age of the line. So it was obvious he proclaimed as he was tutored. How they got the ‘exact’ number of years should indicate who knows or knew what and when.

Let’s even ask: why should they bring such news to the fore without first moving to make some arrests? If this happened in a saner clime, they will set up a sting operation that will nab all the culprits or at least majority of them including vessels that come to load the stolen crude. They won’t just come out and start blabbing rubbish.

Is this not funny? Imagine having a 4km export line to the sea and large vessels come there and load crude repeatedly for the past nine years as claimed by the NNPC boss in a country that her navy, the Joint Military Taskforce, and NIMASSA are very active in monitoring the region yet they did not unmask this illegal oil theft pipeline in our waters.

Mele Kyari believes Nigerians are such dafts to be sold all manner of cock and bull stories. In his hurry to cover their tracks and also exonerate their collaborators in government, they came up with this theatrics to explain the illegal sale of serial batches of upward of 48 million barrels of stolen crude to Chinese dealers that was reported through a whistle blower from Mexico. So the drama was to deceive Nigerians especially The Senate Committee on Petroleum Upstream that is currently investigating the scandal. We the lawmakers themselves are not even different from the NNPC thieves but God big pass all them!

As rightly captured by Innih Akpan in his comment on the scandal, Tompolo’s outburst speaks volumes. He is voicing what his new paymaster wants him to say. This is not to say that military personnel are not involved in oil theft, but it has been established beyond doubt that top officials of the industry NNPC inclusive are complicit in the theft of high volumes of the nation’s produced crude. Those top officials are now the employers of Tompolo. He will say whatever they want him to say if only to distract attention from themselves.

So this surprise discovery is a huge ruse whether they want to hear this or not. The only use is to serve to justify the N14bn monthly security surveillance contract handed to Tompolo which especially the Navy and NIMASSA are not happy with and kicking against.

Is anyone surprised that the Navy is beginning to blow up any vessel/barge suspected to be conveying suspicious cargoes. This is the way to go but the tragedy is that by the time the joint venture of oil thieves, navy inclusive settle their differences, they will return to status quo as usual and the ultimate loser will be Nigeria and her already battered ordinary people. God help Nigeria!

EFCC gets nod to probe Oduah, others