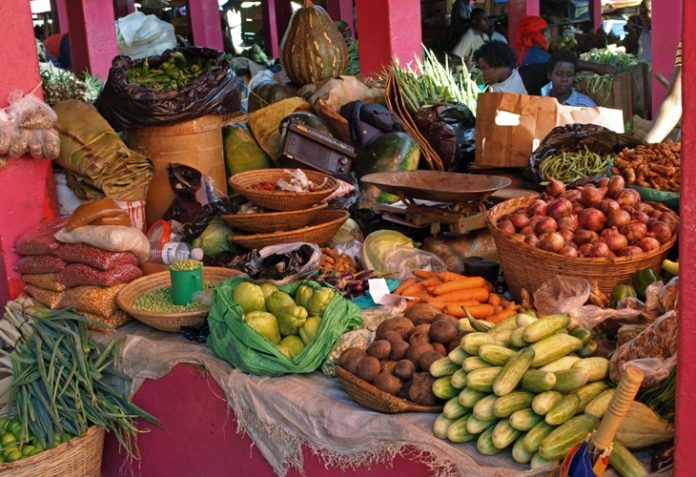 Annual inflation in Nigeria eased for a fifth straight month in June, slowing to 16.1 percent, the National Bureau of Statistics (NBS), National Daily has gathered.

According to data released on Monday, June 17 by the National Bureau of Statistics, separate food price index showed inflation at 19.91 percent, up from 19.27 percent in May, indicating continued pressure on food prices, the NBS said in a report.

Recall that Nigeria’s inflation rate fell for a fourth straight month in May, dropping to the lowest in a year as growth in prices of most goods except food eased.

Inflation in Nigeria, which vies with South Africa as the continent’s largest economy, slowed to 16.25 percent from 17.2 percent in April, the Abuja-based National Bureau of Statistics said in an emailed report.

The median of 15 economists’ estimates in a Bloomberg survey was for 16 percent. Prices rose 1.9 percent in the month as the cost of beef and bread increased.

Food prices climbed 19.3 percent from a year earlier, matching the rate in April, which was the highest since at least 2009, the bureau said. The core inflation rate, which excludes farm produce, fell to 13 percent, the lowest since March 2016.

Inflation remains above the upper end of the central bank’s target band of 6 percent to 9 percent. The central bank kept its main policy rate at a record high of 14 percent in May to fight price growth and support the naira even as the economy struggles to recover from its first annual contraction in 25 years. It will next review the rate rate on July 25.

Africa’s biggest oil producer has suffered from dollar shortages for most of the period since crude prices crashed in 2014. Investors blamed the central bank for compounding the crisis by tightening capital controls and trying to stop the naira falling, which they said contributed to the economy contracting last year.

It’s interesting that “despite a new FX stability in the parallel market, month-on-month and core inflation both increased,” Razia Khan, head of Africa macro research at Standard Chartered Plc in London said by email. “We are still a little concerned that we are not seeing a faster deceleration in inflation despite tightening of the overall monetary policy stance by the CBN.”

Nigeria is in its second year of recession and is contending with a currency crisis and dollar shortages brought on by low oil prices, which is the OPEC member’s mainstay.