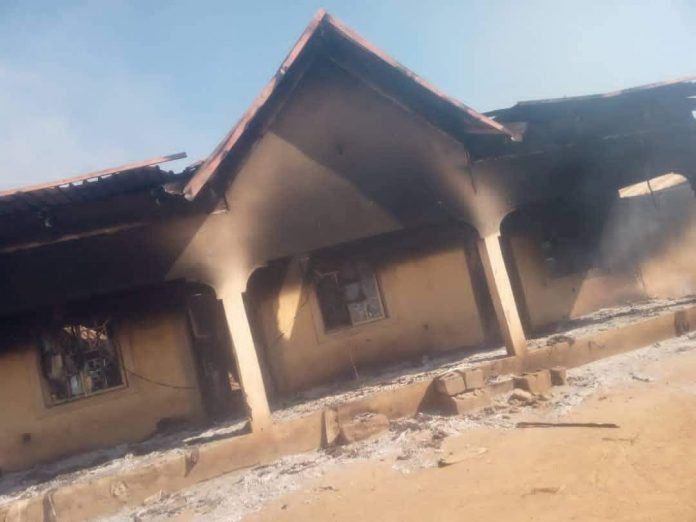 The attack was carried out at Chan Chan Dana Community in Askira Uba.

An intelligence source said that the ISWAP terrorists disguised as visitors in the morning to survey the area before the attack.

“After realising that security personnel and soldiers were not within the vicinity, they started shooting in the air and destroying every structures on sight,” a source confirmed to PRNigeria.

“They also burnt down blocks of classroom.”