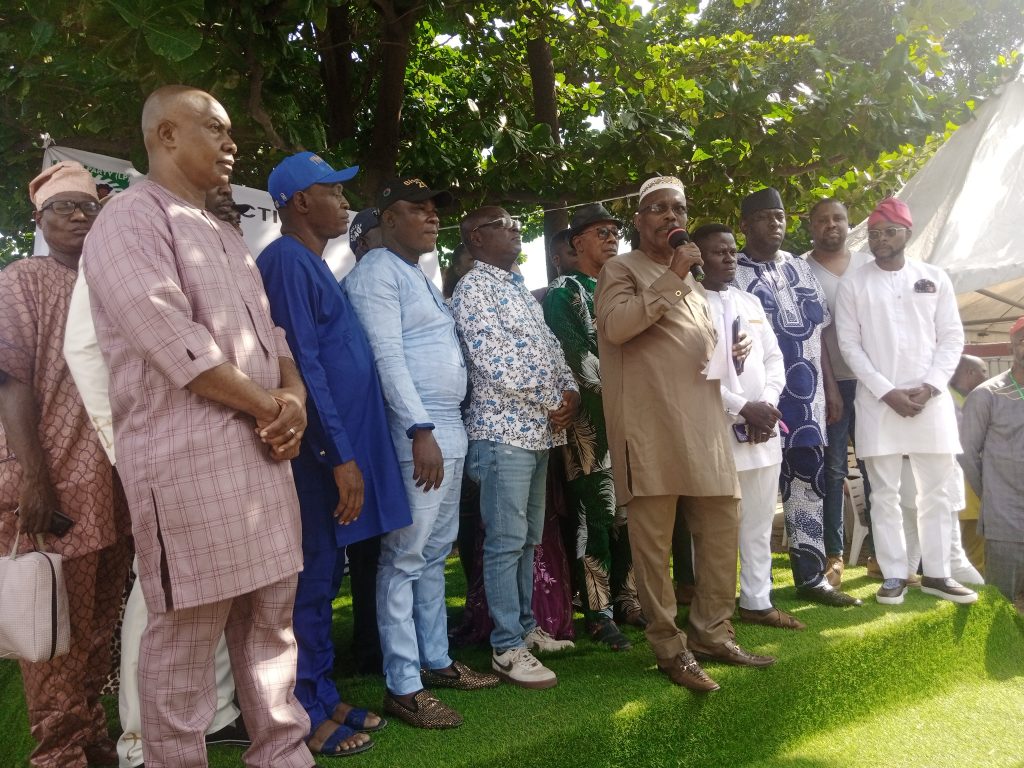 A chieftain of the ruling All Progressives Congress (APC) in Lagos State, Moshood Salvador, on Wednesday defected to Labour Party (LP), saying the national leadership of LP had given him the party’s governorship ticket for 2023 in the state.

Salvador, the leader of Conscience Forum in Lagos APC, said he was moving with the entire members of the forum across the state into LP to serve and protect his followers.

At the official declaration, held at Surulere area of the state, Salvador, said, “I can assure LP that I am going to get the best for you. Moving from one party to the other is just because of the people.

“My concern is all about people, hence we just have to look for where they just have to be recognised. All the APC promised to give my people, none was given.

“It is not worthy to be in APC. We have to move to where labour counts. Where we were before, we were only working and none was coming to my people, hence the movement to Labour.”

He alleged that members of his forum were not accommodated in APC, from ward level to state level, in both elective and appointed positions.

“Any right thinking person will look for where he and his people will be recognised. That is where we are today, I , Hon. Moshood Salvador and my teeming members of CF, we have moved to LP.

“Having moved to LP, we have been doing a lot of things together, that is why we have come to show the whole world that we are no more in APC.

“Our members have been given recognition in LP, such that some of them have become the candidates of the party,” he added.

On the Lagos LP governorship ticket, Salvador, who noted that the party’s national leadership had conceded the ticket to him, said he had filled and submitted the party’s governorship form.

“We have given the pledge, with the collaboration of my followers we will work hard and get the victory for LP in Lagos in 2023. We are starting now, the work starts now, no delay,” Salvador said.

Speaking, the LP Deputy National Chairman, Alhaji Bashiru Apapa, said the party had decided to take over leadership of Lagos in 2023, urging the people to vote for all the candidates of LP.

Describing Salvador as a big fish in LP, Apapa said: “We are pleased with a number of achievements he has got. He is not a poor person but because of his love for people, he is coming into our party.

“I welcome Alhaji Moshood Salvador into our party and his teeming supporters. As symbol of our party, we put value on people. We accept all nomination brought by Alhaji Moshood.

“We must work for victory. Don’t hesitate to send the ruling party packing. This is a very good opportunity for us.”

He urged the electorate to vote for the LP presidential candidate, Mr Peter Obi, Salvador and all the candidates of the party in the state.

In his remarks, Mr Arabambi Abayomi, the LP National Publicity Secretary, said voting for Salvador and Obi would be a guarantee for desired future and freedom for ordinary people in the state and country.

Abayomi expressed confidence that Salvador would become the next governor of Lagos to make the resources of the state to work for the people.

In his welcome address, Mr Seyi Sowunmi, the LP Chairman in Lagos State, said the party had begun the journey into a new era.

The News Agency of Nigeria reports that the event was attended by various bigwigs in LP, including chairmen of the six southwest states, some national officers, and candidates of the party for various elective positions.

Tinubu has chosen to walk along MKO’s path in picking Shettima: Adamu