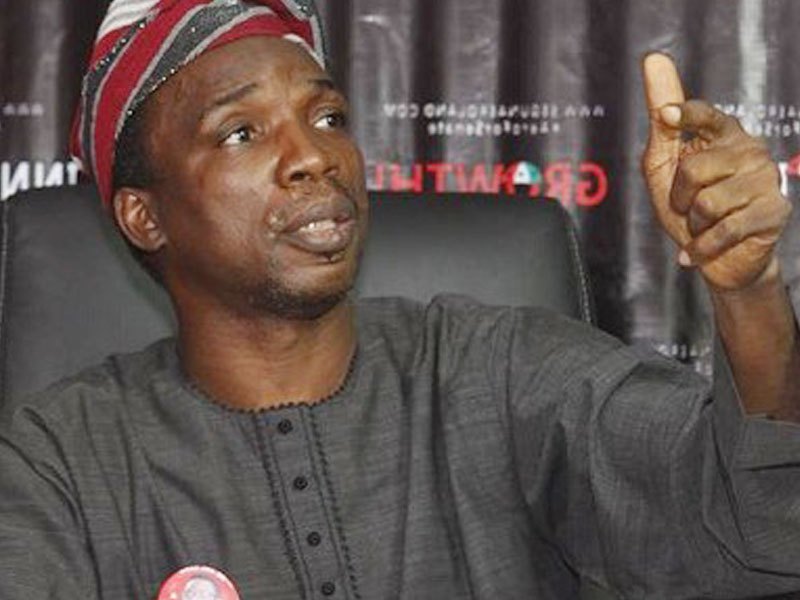 Share this on WhatsApp
Spread the love
Former Chairman of the Peoples Democratic Party (PDP) Lagos chapter, now the South West Ex-officio of the party, Otunba Segun Adewale Aeroland, has hailed the embattled Chairman, Mr. Adedeji Doherty for displaying maturity in the face of the ongoing crisis in the party.
It would be recalled that Doherty was recently sacked by the judgement of the Lagos high Court,thereby pronouncing Dr. Dominic Adegbola as the Chairman of Lagos PDP.
It is however noteworthy that prior to Doherty’s emergence, the 90 days appointive tenure granted to Mr. Dominic, had long expired since December 2019.
Mr. Dominic was appointed by the National Headquarters of the PDP to lead the party in an acting capacity, after the former Chairman, Mr Moshood Salvador abruptly defected to the APC, leaving a vacuum for the Chairman’s position.
The PDP constitution, under section 47, sub-section 6, narrated how such vacuum should be filled and the party did not breach nor violated its provisions in the conduct of the election that led to the emergence of Mr. Deji Doherty likewise other vacant positions in the Lagos Chapter of the party at that time.
Adewale, while commenting on the development told this reporter, that Deji Doherty has shown a great deal of maturity in the face of provocations, by not going to counter the people who went ahead to hijack the State Secretariat on Monday, in their bid to forcefully take over his position against all sane procedure and constitutional avenues via which one can assume a position, aside the fact that they are much aware they don’t deserve it.
“We cannot say that the judge who gave the ruling erred, as there is always a provision and allowance to appeal any ruling deemed not satisfactory, the court being the last resort of a common man in the democratic dispensation.” Said Adewale.
He however, raised a poser on the hasty manner the enrollment order was signed by the honourable Judge, prior the release of the CTC eight days after giving her judgement, he noted that this was a strange development.
Adewale further counsels the Honourable Justice Oyekan Abdullahi, to please do the needful as it will only put the judiciary in bad light if the CTC of the judgement is not released in good time for parties to study.
The PDP chieftain also queried why Mr. Dominic will be parading himself as the Chairman when only two State officers attended the kangaroo meeting he called, citing the clear inference that people have rejected his leadership and those behind him since a very long time.
Adewale asks party members to note and watch the trend, that these same elements would always stay around the corner and wait for any time the party is facing major elections with APC as the main contender then orchestrate crisis, which usually denies the party its good showing.
“I am compelled to ask if they are working for APC in order to always frustrate the PDP and its candidates at every elections.
“I will only appeal to the National leadership, who appointed Dominic for a period of 90 days, which had long expired, and subsequently conducted an election by National Committe led by Senator Ben Obi, Senator Biodun Olujimi and other national leaders, in line with the provisions of our party’s constitution, to wade into the matter urgently, Adewale reiterates.
Adewale, who was recently elected as a member of the South West officials at the Oshogbo Zonal Congress of the PDP said, the regional leaders are watching the development with keen interest, because Lagos is very strategic for them ahead of the 2023 elections and as such they won’t allow any anomalies to stand,part of their efforts to initiate this is to ensure the right things are done, not only in Lagos but in all the South West chapters of the party.
In his words,”Dominic should know that once an appeal and stay of execution is filed by the National, peace will automatically be restored and Doherty can continue administering the party till the final arbiter- the Supreme Court gives the final judgement.”
Share this on WhatsApp
Related Topics:
Up Next