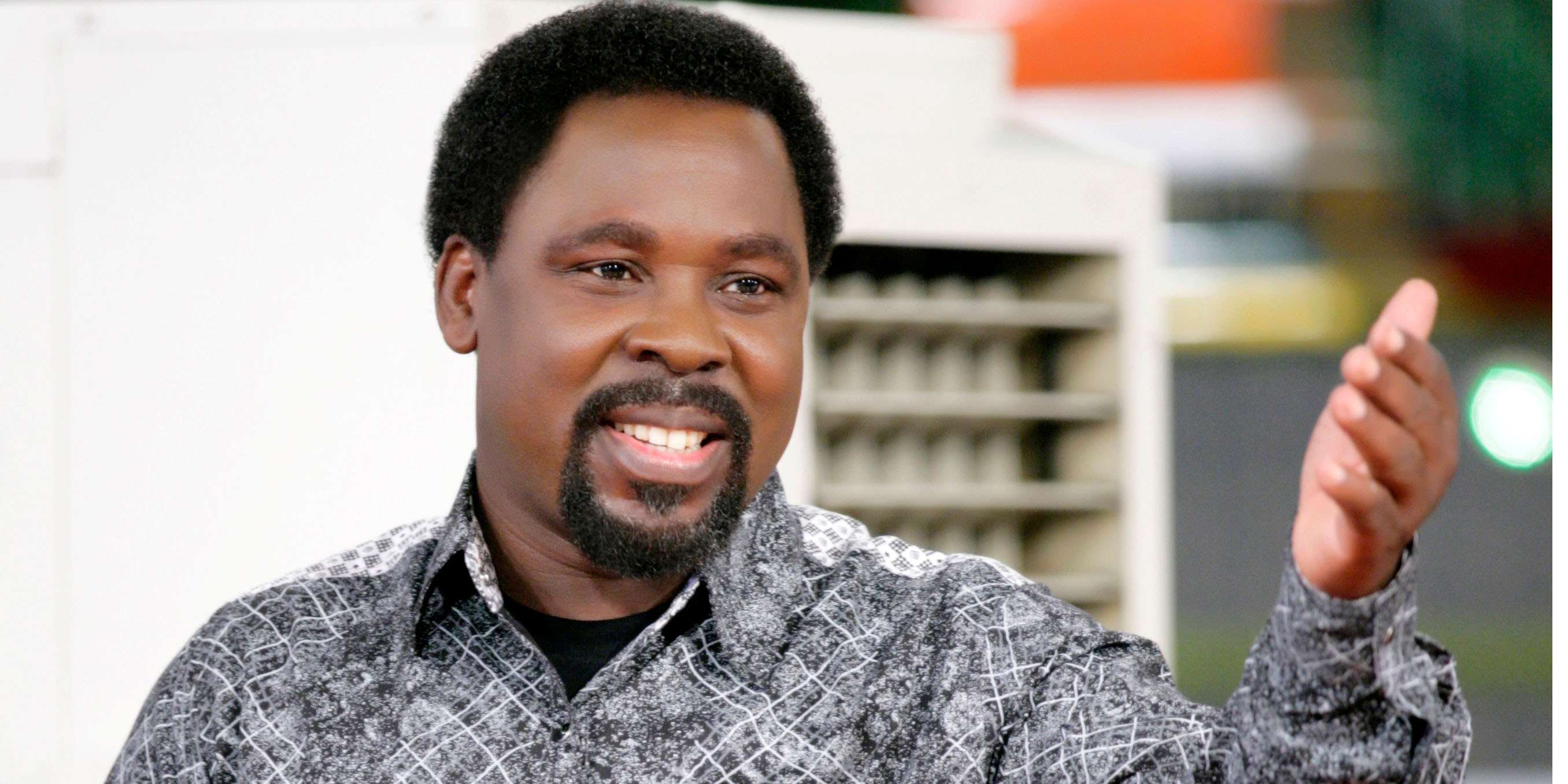 Indigenes of Chibok in Borno and Dapchi in Yobe on Sunday stormed The Synagogue, the Church of All Nations, at Ikotun-Egbe, Lagos, to seek divine help for the release of Leah Sharibu and other students kidnapped by Boko Haram insurgents in both communities.
The people carrying placards with diverse inscriptions told the General Overseer of The Synagogue Church of Nations, Prophet Temitope Joshua, that they were at The Synagogue to seek divine intervention because they had exhausted all human efforts to get the students released.
A spokesman of the Chibok/Dapchi representatives told Prophet Joshua that the father of Leah Sharibu could not come with them because he had been bedridden by stroke because of the kidnap of her daughter.
He said they had been watching his ministry through Emmanuel Television (the church’s cable TV) and all the help he had rendered to the sick and the less privileged, hence, their joint visit to plead for intercessory prayers for the release of the students.
The spokesman said they had no doubt that the approval of Jesus Christ, the Son of the Living God, could trigger the release of the remaining students kidnapped in 2014 and 2018.
Prophet Joshua told them that there was nothing impossible in the sight of the Creator of Heaven and Earth.
He urged the congregation and viewers of Emmanuel Television worldwide to pray and fast on Tuesday, Wednesday and Friday, this week, for the release of the remaining students.
The Prophet said that “there is nothing God cannot do” and urged all members to take the prayer and fasting on the mentioned days as an assignment.
According to report by NAN, some of the placards read: “Please intercede on our behalf for the release of Leah Sharibu”; The remaining 112 students kidnapped in Chibok are yet to be released, please help”, among others.
On April 14, 2014, 276 female students were kidnapped from the Government Secondary School, Chibok, Borno State by Boko Haram terrorists.
Since 2014, 164 of the students had been released while 112 are still held by the Boko Haram.
Also on February 19, 2018, 110 schoolgirls were kidnapped by the Boko Haram terrorist group from the Government Girls’ Science and Technical College (GGSTC), Dapchi, in Bulabulin, Yunusari Local Government area of Yobe State.
The terrorists released 109 of the students but held back Leah Sharibu, who was said to have refused to denounce Christianity. (NAN)