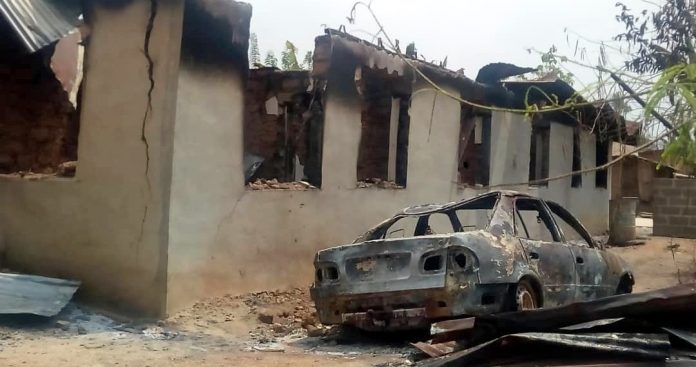 The Oyo State Government has clarified that men of the Nigeria Customs Service raided Igangan and other parts of Ibarapa areas of the state on Friday night, not unknown gunmen.

This clarification was issued via a statement by Mr Taiwo Adisa, the Chief Press Secretary to Gov. Seyi Makinde, on Saturday in Ibadan.

According to Adisa, this was contrary to the widely circulated report that unknown gunmen had, again, attacked the areas.

Adisa said that the revelation was made known by Ibarapa Community leaders during a fact-finding meeting between a team of the state government and political/traditional leaders of the affected communities on Saturday.

“The political and traditional leaders of Ibarapa extraction at the meeting, described the Friday raid on Igangan, Igbo-Ora and other communities in the area by men of the NCS, as unnecessary and not well-thought-out.

The governor’s media aide said that Odukoya, who led the state government team to the meeting, had called for vigilance and calm among the people.

He said that police in the area had confirmed the death of one Amotekun operative and two other persons, following the raid.

The team, accompanied by the traditional rulers and community leaders, visited the scene of the incident at Igangan, Ayete, Tapa, and Igbo-Ora.

Meanwhile, a statement issued by Theophilus Duniya, Customs Public Relations Officer, Federal Operations Unit, Zone A, in Ibadan, said in the battle against smuggling, about three Customs officials and one soldier were allegedly injured when they were attacked by smugglers in the Igboora area of Ibarapa Local Government Area of Oyo State on Friday.

“The injured Customs Officers who are operatives of the Zone A, Federal Operations Unit, sighted 8 trucks carrying smuggled foreign parboiled rice whose drivers and armed accompanying passengers launched attack on the officers.

“Investigations are ongoing to arrest and prosecute the attackers, all the attacked Customs Officers and soldiers, including one that was shot in the head, are receiving treatment,” Daniya said.

He said that the Acting Controller of the Unit, DC Usman Yahaya, condemned the attack and reiterates the uncompromising resolve of the Service to suppress smuggling.

The Unit, according to the Acting Controller, will never relent or be intimidated by these unwarranted attacks by criminal elements unlawfully bearing arms and unleashing same on officers on legitimate duties.