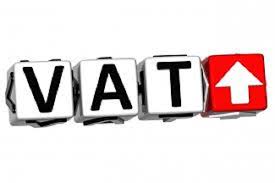 According to the latest statistics released by the National Bureau of Statistics, within the period under review professional services came second with N85.98 billion while commercial and trading trailed a distant third with N45.66 billion.

Meanwhile, despite the increase in VAT revenue in the last 4 years, the percentage of year-on-year change has been on the decrease. For instance, between 2017 and 2018, VAT generated by Nigeria rose only by 14%, from 25% in the previous year. This means the 2018 fiscal year suffered a major setback in terms of revenue generation.

Considering the cumulative N876 billion generated so far in 2019, the Federal Inland Revenue Service requires a really big push in VAT generation to surpass the amount generated in the previous year.

The Federal Government of Nigeria has not hidden its agenda to drive in more revenue from the fiscal side of the economy, as several policies have been introduced in recent times.

Some of the policies introduced by the government include increasing target for revenue-generating agencies, raising VAT by 50%, and reviews of various tax laws which are all included in the proposed 2019 finance bill.