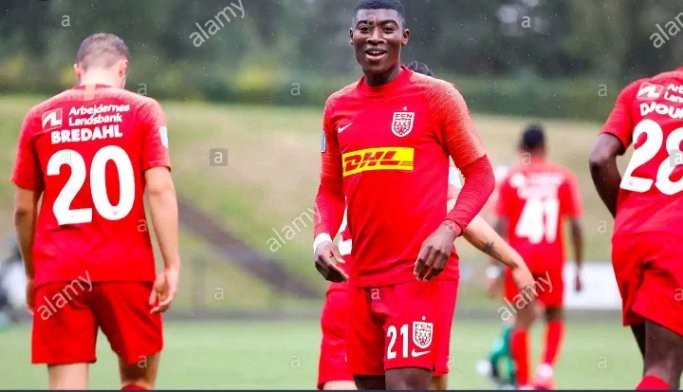 Philip Anyanwu Billing is a 25-year-old Danish professional footballer currently playing as a central midfielder for AFC Bournemouth and the Denmark national team.

Born on 11 June 1996 in Copenhagen, Denmark, Billing’s father is a Nigerian and his mother Danish. Three years ago, Billing rejected an offer to switch his international allegiance to the Nigeria national team. Two years ago, he was called up to the Denmark national team. He made his first appearance for Denmark in a friendly win over the Faroe Islands last year. Emeka Nnamani is a Danish professional footballer currently playing as a ring winger for FC Nordsjælland. Born on 4 November 2001 in Rødovre, Denmark, Nnamani is of Nigerian descent.

He made his first Danish Superliga appearance for FC Nordsjælland in a match against AaB last year. Isabella Bryld Obaze is a Danish professional footballer who plays for HB Køge as a defender. Obaze was born on 30 October 2002 in Kolding, Denmark and is of Nigerian descent. She currently plays for Denmark at the international youth level. Obaze most recently appeared for the Denmark women national football team at the La Manga Tournament last year. He was born on 24 March 2003 in Herlev, Denmark to parents of Nigerian descent. He is a youth international for Denmark.

Ayo Simon Okosun is a 28-year-old Danish footballer who currently for the Danish club, OB, as a midfielder. Okosun was born on 21 July 1993 in Copenhagen, Denmark, and is of Nigerian and German descent.