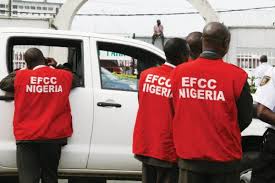 Ilok, who is the first prosecution witness works as a General Manager with the Business Risk Management Unit in MTN, told the court how the defendants stole the money meant to buy landed property and build the proposed “Yellow Estate” for members of the Co-Operative.

They are standing trial on eighteen count charge, bothering on stealing, conspiracy and obtaining money by false pretense, the charges was brought against them by the Economic and Financial Crime Commission’s, (EFCC).

Ilok while being led-in evidence by EFCC counsel, Babatunde Sonoiki, told the court how the 1st defendant, Victor Akintunde, who was the president of MEMCOS and the 2nd defendant, Gani Mustapha,a treasurer conspired to steal the money contributed by members of the Co-Operative.

“MEMCOS through the 1st and 2nd defendants acquired 39 hectares of land for real estate development but they did not pay for the said numbers of hectares.

The defendants only paid for 13 hectares and part paid for the 26 hectares of the land located in Okun Ajah, Lagos.

The witness also told the court that the 1st and 2nd defendants were former staff of MTN while the 3rd defendant is the owner of the 4th defendant, Primevera Engineering and Construction Limited.

“It was discovered that there were a lot of irregularities in the expenses.

The total sum of N3.2billion had been collected by the executive of the Corporative led by Akintunde and Mustapha for the purpose of building houses for members of the cooperatives.

“When these irregularities were realized, the new management appointed KPMG, a professional auditing and accounting firm to investigate the books of account of the cooperative for the period of 2008-2011 executive led by the defendants before they handed over to new executive.

“During this period, I worked with KPMG on the investigation and I was also interfacing between the firm and the accused after which the report of KPMG was submitted to me to help summarize and thereafter, a petition was written to the Economic and Financial Crime Commission.

Ilok further told the court that the report of the firm shows that there were monies that were not paid.

“There were 13 hectares of land and 5 hectares were encumbered and the sum of N427,114,414,00 was to be refunded by Primavera Engineering to MEMCOS and a cheque was written by Primavera but it was returned unpaid.

“The company however issued another cheque of N300million to MEMCOS and it was cleared.

“It was also discovered that there were unreceipted payments, excess payment on documents and land, Five hectares of land was also defective among the hectares bought.

While being cross-examined by one of the defence counsel, Mr Olalekan Ojo, Ilok maintained that MEMCOS is insisting that the 1st and 2nd defendants should refund the defective 5 hectares of land.

He further said that the defendants did not account for what they did with N50million from the money given to them.

Ilok also siad he is not aware that the 4th defendant was engaged to do other things which includes perfection of documents, layout and building approval but money was paid to the company through the 1st and 2nd defendants.

He continued that the registration of the land is in contention and ineffective.

“The grouse of the MEMCOS is the failure of the defendants to have the money paid for 5 hectres refunded. The titled document was used by MEMCOS to obtain loan from Federal Mortgage Bank in respect of Yellow Estate project.

” I did not know the amount of loan MEMCOS got from the bank. I was not present at the negotiation between MEMCOS acting through the first and 2nd defendant and the owners of the 39 heactres of land. They did not account for what they did with the money. But Memcon insisted that the over payment should be refunded”, he said.