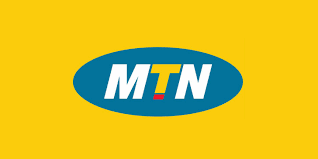 A new initiative introduced by MTN Group to really track and remain with real subscribers on its networks across West Africa, tagged ‘Subscriber-redefinition’, has weeded away about 50.3m liability subscribers.

An official of the company explained that the exercise was done to weed away subscribers who do not really add value to the network across the sub-region as a way of growing real subscriber base and asset-based subscribers.

Giving more insights on the performance of the group recently, the chief executive officer of the company, Mr. Rob Shuter revealed that the loss or subscriber decline was largely driven by lower reported subscribers in Nigeria, where the company is continuing to refine its active subscriber definitions.

Apart from losing over 50m in West Africa, there was also an impact from the disconnection of 750 000 subscribers in Uganda as a result of regulatory SIM registration requirements.

Shuter says this modernisation is expected to be complete by year-end.

Generally, MTN Group which operates in 22 countries across Africa and the Middle East, reported a 3.6% drop in group subscribers to 231.8 million during the six months to 30 June, also impacted by an initiative to modernise subscriber definitions.

Continuing, he noted that on a constant currency basis, MTN Nigeria reported an 11.2% increase in total revenue supported by data revenue growth of 72.1%. MTN Irancell’s total revenue grew by 16.8%.

According to him, “In Nigeria, our month-on-month gross connections have increased, and we experienced stable subscriber market share over the quarter while driving increased value share,” says Shuter, despite a 5.2% drop quarter-on-quarter in subscribers in the West African nation, to around 50.3 million”.

He was however; quick to in tone that “We remain on track to meet our financial year 2017 guidance despite continued challenging economic growth across our markets”.

Besides, the released MTN group’s third quarter report showed that total revenue for the third quarter of the year increased by 6.9%, and group service revenue was up 7.4% due to increase in its data revenue and digital services.

While noting that “Our key growth drivers of data and digital services performed well with revenue growth of 31.4% and 19.6% respectively,” he added that data revenue refers to access data revenue only and digital revenue comes from Mobile Money and value-added services.

Statistics showed that data traffic for the third quarter of 2017 continued to grow strongly and was up by 125% year-on-year, while voice traffic (billable minutes) also increased by 9%. Active MTN Mobile Money customers increased quarter-on-quarter by 10.6%, to 19.8 million across the group.

Shuter disclosed further that “In the quarter, we accelerated our network investment programme, rolling out 1 641 3G and 2 102 4G sites (including co-located sites), supporting the demand for data services. In SA and Nigeria, the network investments are showing encouraging improvements in network quality and NPS [Net Promoter Score]”.

Share this on WhatsApp
Related Topics:MTN Groupsubscribersvalue redefinition
Up Next