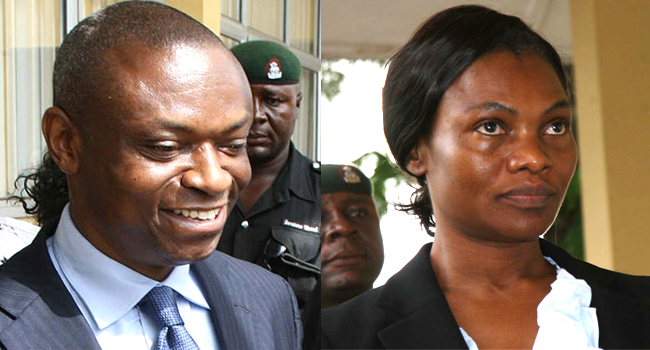 Former Managing Director of the defunct Bank PHB Plc, Francis Atuche, and his wife, Elizabeth will know their fate today, Wednesday 16 in the N25.7bn fraud suit brought against them by the Economic and Financial Crimes Commission.

The Economic and Financial Crimes Commission (EFCC) had in 2011 arraigned Atuche, his wife and the then financial officer of the moribund bank PHB Plc (now Keystone Bank), Mr. Ugo Anyanwu, before Justice Lateefa Okunnu of Ikeja High Court over the alleged fraud.

After about three years into the trial, Atuche and co-defendants approached the Lagos division of the Court of Appeal to challenge their trial by the lower court for lack of jurisdiction.

READ ALSO: The latest things to know about the footballer Cristiano Ronaldo and record setting

In a judgement delivered in September 2016, the Lagos Division of the Court of Appeal, stopped the lower court from going ahead with the trial.

The appellate court also failed to quash the charges against Atuche, his wife and others but ordered Justice Okunnu to hands off the trial.

The appellate court further directed the Chief Judge of Lagos State to re-assign the case to another judge.

When the case came up at the apex court for hearing, EFCC’s lawyer Kemi Pinheiro (SAN) told the court that the matter had gone too far at the lower court and that the decision of the appellate court hampered the expeditious conclusion of the trial.

After listening to the EFCC’s counsel, a panel of the apex court, in a unanimous decision, overturned the decision of the appellate court.

The panel agreed that the lower court’s decisions on the matter were “perverse” and, therefore, ought to be set aside.

Justice Ejembi Eko, who prepared and read the lead judgment of the apex court, said the order which the Court of Appeal made on September 23, 2016, for the remittance of case to the Lagos State Chief Judge for the purpose of re-assigning the case to another judge, was not aimed at serving the interest of justice.

The Supreme Court panel noted that the appellate court did not adduce any reason for disqualifying the trial judge that took the plea of the defendants in the first instance.

Justice Eko also stressed that such order, being “a contentious one”, required the lower court to give reasons why Justice Okunnu should not be allowed to continue with the trial.

The apex court panel equally noted that neither Justice Okunnu nor Justice Lawal-Akapo were accused of any wrongdoing by any of the parties to the case to warrant the transfer of the matter to a new judge.

The apex court consequently directed that the case be returned to Justice Okunnu for continuation of trial of the defendants.

Other Justices of the apex court that concurred with the lead verdict were Justices   Kudirat Kekere-Ekun, Paul Galinje and Iyang Okoro.

Share this on WhatsApp
Related Topics:Economic and Finance Crimes Commission (EFCC)Francis Atuche
Up Next