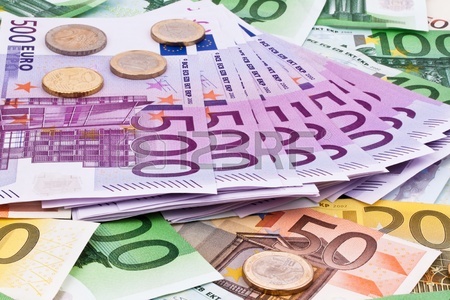 The Nigerian currency, on Thursday, January 11, remained strong against the United States of America Dollar and Pound at parallel market.

The local currency exchanged at the rate N363 against the greenback at the black market, same rate at which it traded for as the market kicked off trading in 2018.

The European single currency, euro on the other hand soared almost a cent on Thursday, January 11, after the European Central Bank said it could revisit its communication stance in early 2018, boosting expectations that policymakers are getting ready to reduce their vast monetary stimulus programme.

Adam Cole, global head of FX strategy at RBC Capital Markets in London, said the minutes suggested a near-term start-date for when the ECB will start to shrink its bond-buying programme.

“The upside [for the euro] is quite ultimately limited because it’s [the ECB policy stance] clearly conditional on how things develop in the next few months,” he said.

The dollar has been struggling to gain traction in the opening days of 2018 after losing around 10 percent against a basket of currencies last year as economic growth elsewhere, notably in Europe, overtook the United States.

And while the U.S. Federal Reserve has been slowly tightening policy over the last two years, traders have been repricing market expectations of when Europe and Japan will follow suit.

Meanwhile the Association of Bureaux De Change Operators of Nigeria, the umbrella body of over 3,500 licensed BDC operators in the country, has called on the Central Bank of Nigeria, CBN, to extend the January 31 deadline set for the renewal of operating licence of its members to March 31, 2018.

This was part of the resolution made at the end of a meeting held by BDC operators in Lagos on Wednesday, January 10.