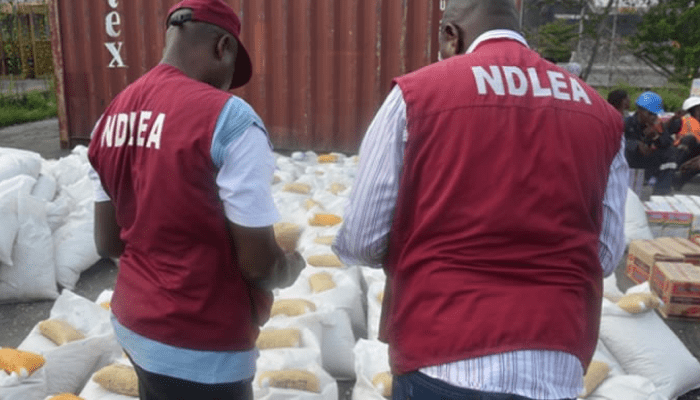 Mrs Archie-Abia Ibinabo, Commander, Idiroko Special Area Command, Ogun, made this known in an interview with the News Agency of Nigeria in Idiroko.

The NDLEA boss also said that only18 people were arrested between May 2022 and June 2022 because the border was reopened two months ago.

She explained that 10 of the suspects were still under prosecution, while seven including two women, had been sentenced to various jail terms.

Ibinabo appealed to Ogun Government to provide a mini-rehabilitation centre to rehabilitate victims of drugs abuse.

This, she said, would enable the command counsel and educate the drug victims in order to turn them back to profitable citizens of Nigeria.

She said that 15 person’s had been counselled on the dangers of using illicit drugs and reunited with their families.

“The command has been able to take so much illicit drugs out of the society through synergy and cooperation of all the security and para-military agencies in Idiroko axis and its environs.

“We have taken such magnitude of drugs out of the society which could have filtered into our communities.

“These drugs are responsible for influencing most of the crimes committed in the state,” she said.

The NDLEA boss also said that the command had destroyed countless dark drug joint spot across Idiroko and its environs.

Share this on WhatsApp
Related Topics:2 months2460 kgIllicit drugsNDLEAOgun
Up Next