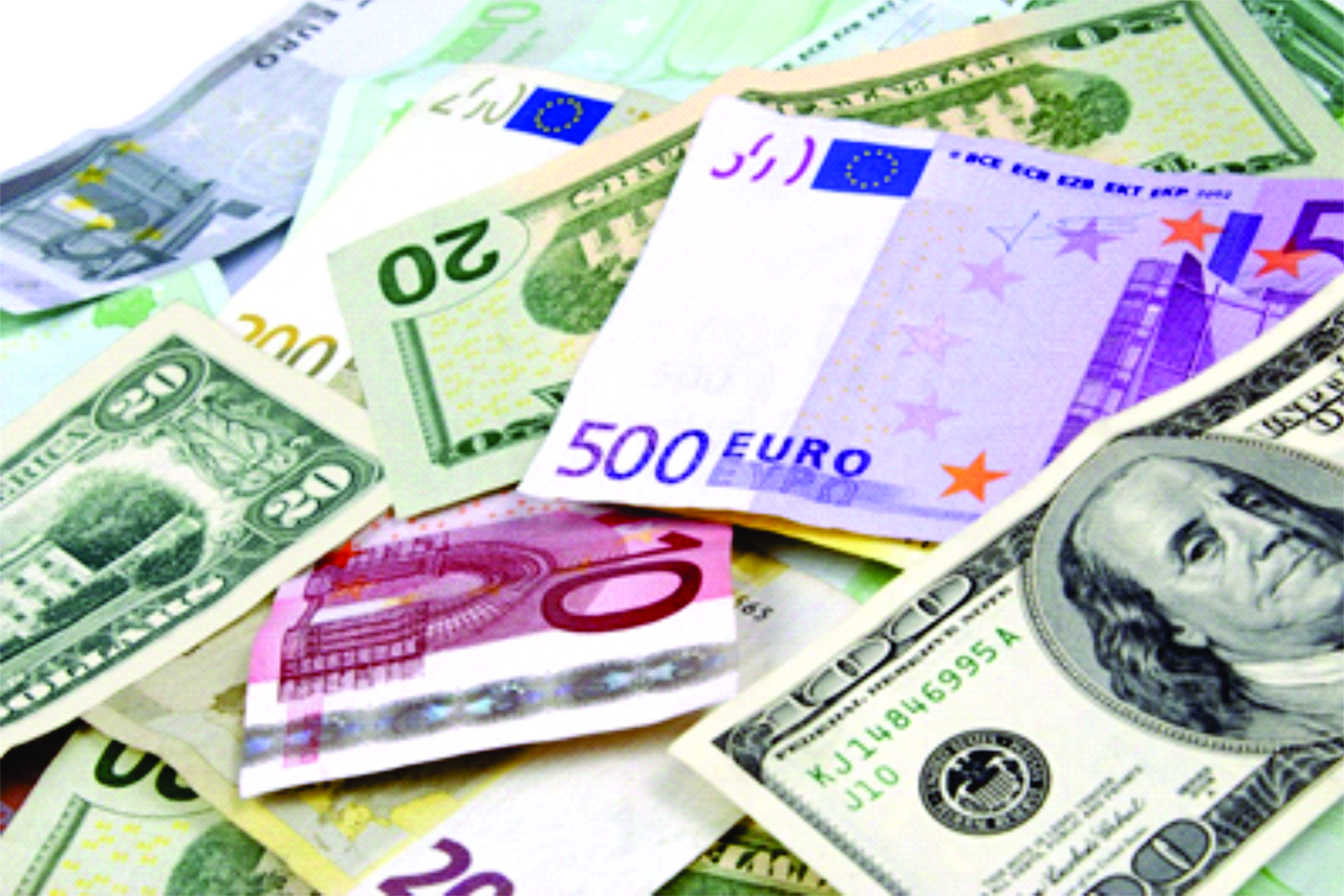 The Cambridge English dictionary defines windfall as “a sudden and unexpected spike in earnings, often caused by a one-time event that is out of the norm”. Thus, without any iota of doubt, Nigeria has been ‘enjoying’ a windfall from upsurge in prices of crude oil, owing essentially to the impact of the ongoing (one-time-event) Russia-Ukraine war which has seen the commodity (Brent crude) selling at far above US$100 per barrel in recent times. It should be noted that Nigeria’s parliament on December 22, 2021 approved N17.126 trillion (about US$38 billion) budget for 2022, anchored on an oil price benchmark of US$62 per barrel. A benchmark of US$40 per barrel was approved by the government for 2021 budget. But all through 2021, the average price of crude oil remained above US$70 per barrel owing to the build-up to the ‘war’, resumption of businesses and global supply chains on the back of simmering down of Coronavirus pandemic.

It follows therefore that in the past fifteen months or so, Nigeria’s ‘Excess Crude Account’ ought to have been bursting at the seams, given that the price of oil (Nigeria’s almost sole foreign exchange earner) in 2021 prevailed far above the budget benchmark of US$40 per barrel, and has hit and crossed the US$100 per barrel vis-à-vis the US$62 per barrel benchmark for 2022 budget.In fact, the price of oil more than doubled the US$62 per barrel in the second week of March, when it hit US$130 per barrel, the highest in 14 years. Nigeria as a major oil producer/exporter and member of the Organization of Petroleum Exporting Countries (OPEC) has had its production quota increased to 1.8 million barrels per day; although the country was able to produce only 1.3 million barrels per day as of end-February 2022, according to OPEC Monthly Oil Monitor Report (MOMR).

What really has been happening in the face of this ‘ineluctable’ windfall? It has been lamentations; complaints galore; buck passing; blames and counter-blames on the part of monetary and fiscal authorities, organized labor and other private sector groupings. There have been spiking inflation; massive depreciation of the Naira; ballooning fuel subsidy; almost total collapse of national grid (leading to sustained nationwide blackout); acute scarcity of aviation fuel (Jet A1), with a surge in the price of the commodity—leading to near-collapse of airlines business in the country. All these have translated into heightened pains and impoverishment for all cadres of economic agents. Indeed, even the Central Bank of Nigeria has joined in the ensuing bemoaningover a motely domestic and external factors that are acting as counterpoise to the oil ‘windfall’. After its Monetary Policy Committee (MPC) meeting on Monday, March 21, the apex bank’s boss blamed “massive oil theft” going on in the country for the low or zero accretion to the nation’s foreign exchange reserves and dwindling government revenue. The CBN boss said: “the Committee noted, with grave concern, the unprecedented rate of oil theft recorded in recent times, and its debilitating impact on government revenue and accretion to reserves”.

The MPC is also being worried that the “rising global oil prices had been compounded by the shortage of supply of petroleum products”—meaning that the rising oil prices has all along been harmful to Nigeria—rather than the windfall it ought to be. Chairman of the United Bank for Africa (UBA), Tony Elumelu who joined in lamenting Nigerians’ ‘poverty in the midst of plenty’ queried: “how can a country so rich in natural resources have 90 percent of its citizens living in hardship and poverty?” Writing in his verified Twitter Handle, Elumelu noted that Nigeria’s inability to meet OPEC oil production quota was costing the country more and depleting her reserves, and blamed “the poor electricity supply, hike in the prices of petroleum products and food inflation currently ravaging Nigeria on oil theft, vandalism of oil facilities and insecurity.” He decried “the loss of over 95 percent of the nation’s oil production to thieves.”

Also lamenting ‘missing’ the oil windfall by Nigeria, the founding MD/CEO of Seplat EnergyNigeria, Mr. Austin Avuru, warned that some oil production wells don’t get to see over 80 per centof their production making it to the (export) terminals due to oil theft. In a report titled “Reining in the Collapse of the Nigerian Oil industry” published by the Africa Oil + Gas report recently, Avuru said: “The stark reality today is that the IOCs are leaving; their decision is outside our control as a nation; in fact, over the last twelve years, Shell and Chevron have divested from a total of 21 blocks. It is public knowledge that Shell and ExxonMobil are now exiting the onshore/shallow water altogether.” Avuru added: “in fact, my projection is that, by Christmas of 2025, TOTAL would be the only IOC in Joint Venture (J.V) with NNPC.”

Apparently speaking on this paradox of ‘poverty in the midst of plenty’ at a recent Arab-African conference in faraway Cairo, Egypt, Nigeria’s Minister of Finance, Ms. Zainab Ahmed also lamented that “rising oil prices has put us in a very precarious position…because we import refined products…and it means that our subsidy cost is really increasing”. She then disclosed that Nigerian government would use US$2.2 billion from the Eurobond it issued last September; and add the proceeds of fresh domestic borrowingsthis year to fund fuel subsidy. All this means that part of the Eurobond proceeds in September 2021 will now go into ‘funding consumption’ which is petroleum products; and more ‘domestic borrowing’ will continue.

This pronouncement ties in with the Federal Government’s ‘borrowing spree’, which saw the country’s total public debt standing at a humongous US$95.78 billion (or N40 trillion) as at the close of 2021. This translates to per capita debt of N192,000.00; that is, every one person in Nigeria is owing N192,000.00; even though the current minimum wage is N30,000.00 per month.The current scenario is that new loans are going into consumption and servicing of the existing huge debt. And the ubiquitous IMF has projected that the Federal Government of Nigeria could spend as much as 92.6 per cent of its revenue on debt servicing this year (2022). This is contained in the recent IMF Article IV report, in which it also projected that Nigeria’s public debt could grow by 118 percent on year-on-year basis in 2022; just as inflation is to grow at an average rate of 14.3 percent. But inflation rate stood at 15.70 percent as at end-February 2022; and itching to rise further on the back of lingering petroleum products price crisis: high prices of fuel, diesel, kerosene, aviation fuel (Jet A1); high electricity tariff (even with subsisting nationwide blackout) and ‘gradual’ fuel subsidy removal, as espoused by the Finance Minister.

Without a doubt, all these continuous rising prices of consumption goods and services (with ratchet effect) and resulting inflation, simply translate to growing poverty, pain and misery among Nigerians. Invariably, this state of affairs breeds/stokes a motely social malcontents, instability and upheavals. Mounting public debt –and more borrowing—cannot address the subsisting economic miasma; neither can the ‘silo’ approach by Government Ministries, Departments and Agencies (MDAs) do. Where is the overarching plan of the Government? And how is it being implemented?

• Marcel Okeke, an Economist and Sustainability expert, and Consultant on Business Strategy & Communications, is a columnist with National Daily and is based in Lagos. Email: [email protected] OR 08033075697 sms only.
Advertisement

Many lives that have been changed forever by COVID vaccines