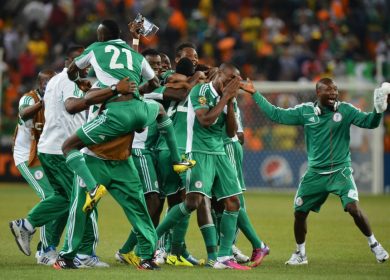 England has reportedly reached out to the Nigeria Football Federation (NFF), in a bid to arrange a friendly match with the Super Eagles, ahead of the 2018 World Cup.

Both countries have already secured their spots at next year’s tournament in Russia and are now drawing up their preparations.

reports that the English FA contacted their Nigerian counterparts, shortly after the Super Eagles sealed progress to the World Cup with a 1-0 win over Zambia earlier this month.

The game has been slated for next year, but will only hold if both teams are not in the same group, when the draws for the 2018 World Cup made December 1.

“We have received a mail from the FA asking for the friendly with the Eagles but it will only be confirmed after the draws, if we are in the same group we cannot play against each other,” an NFF source said.