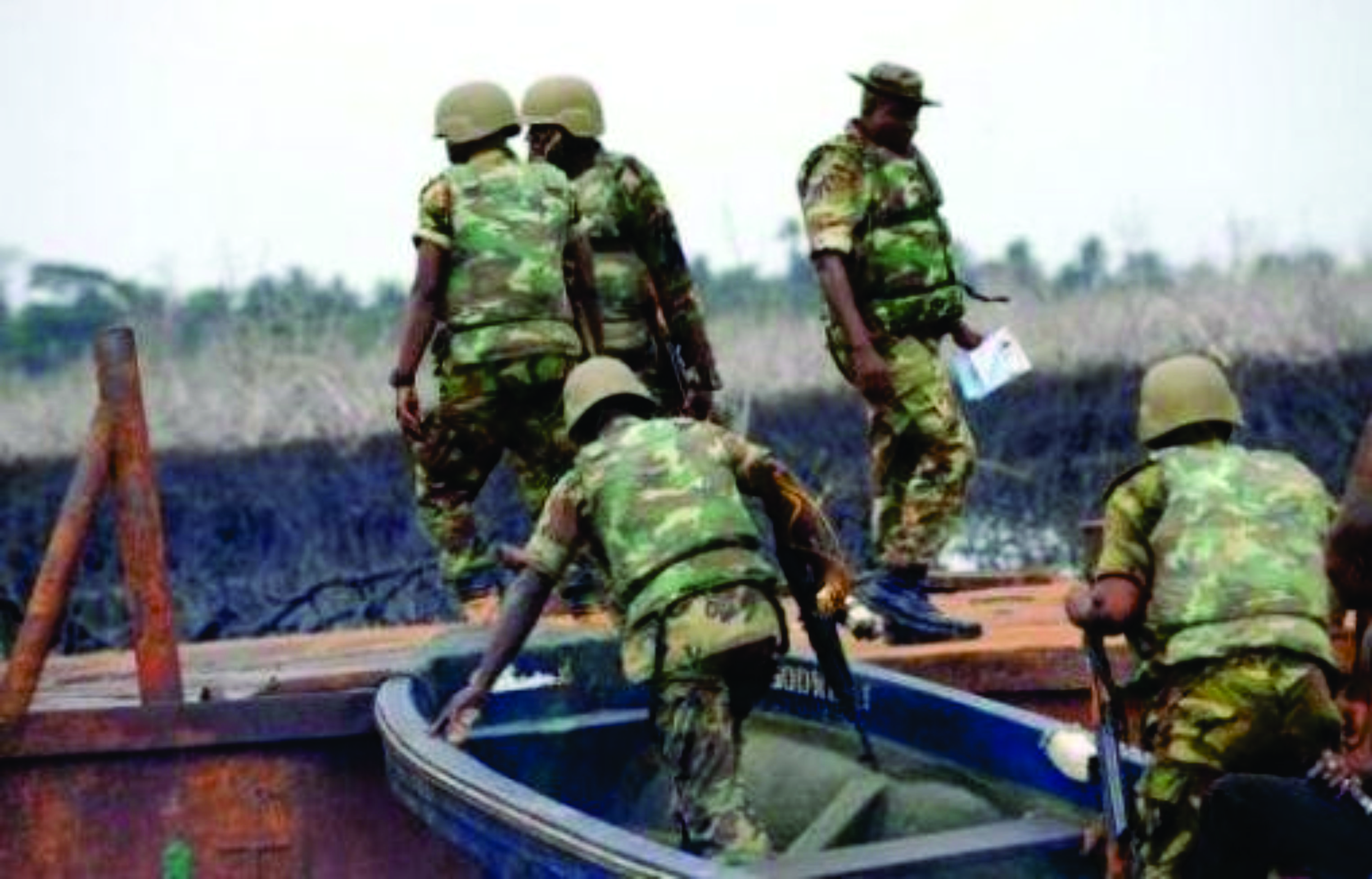 The Nigerian Navy has clampdown on illegal crude oil thieves, 23 illegal refineries and other related crimes in the maritime areas of Delta state.

National Daily gathered that in the last 10 days, the vigilance NN personnel led to the stoppage of the departure of more than 47 stowaways who attempted to leave the country illegally onboard some merchant vessels.

It was also learnt that a patrol team of NNS DELTA arrested the Captain of a merchant Vessel, one Mr Solomon Perebo for his alleged involvement in pipeline vandalism.

It was also revealed that during the raid, about 396 Metric-Tons (MT) of suspected illegally refined AGO and about 1,060MT of suspected stolen crude oil were destroyed, three suspects linked to the sites were also apprehended.

In a related development, the patrol team deployed by NNS JUBILEE raided an illegal refinery site at Ibeno community in Ibeno LGA of Akwa Ibom State.

The raid which was conducted in conjunction with security partners resulted to the destruction of two Cotonou boats, and six drums containing suspected illegally refined AGO.

Consequently, the Chief of the Naval Staff Vice Admiral Ibok-Ete Ekwe Ibas has commended the efforts of the personnel in driving the process of clearing illegal refinery sites and mitigating other security threats in the maritime areas.

The CNS also noted the increasing attempts by some desperate persons to board merchant vessels illegally as stowaways, saying in view of such development, the NN wishes to remind Captains of merchant vessels and all seafarers to be vigilant and report any suspicious movement around their vessels in order to enhance the security of their vessels.