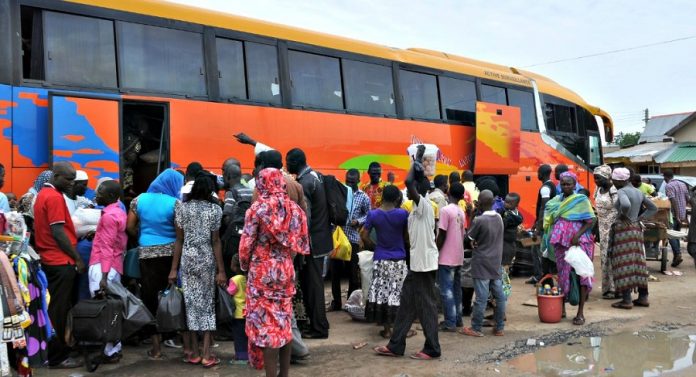 The cost of traveling inter-city in Nigeria has risen by 18.02% year-on-year in November 2021 to an average of N2,644, according to the transportation report by the National Bureau of Statistics (NBS).

This increase is coming at a time when inter-state traveling is in high demand as Nigerians will be traveling from one city to another to visit their families and relatives. According to the report, the highest increase was recorded in the south-south region of the country.

According to the report, the average cost of bus journey intercity in the South-south region of Nigeria increased by 22.94% year-on-year compared to the corresponding period of 2020. Specifically, the average cost increased from N1,769 recorded in November 2020 to N2,175 in the period under review.

Meanwhile, intercity bus fare is highest in the Northcentral region of the country at N3,075, followed by the Southwest area at N2,881.