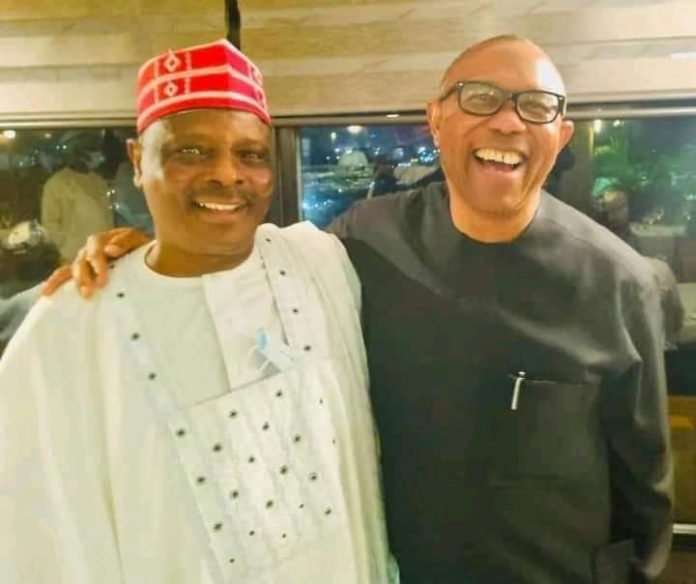 Despite the excitement that greeted their proposal, the NNPP presidential candidate and his LP counterpart have showed little commitment to going all out as both now eye another political bride from the same PDP where they all broke out.

And something is responsible for that.

In the joint panel report the NNPP and LP submitted submitted to the party leaders, there is no specific direction for the alliance.

“In all, we came to two agreements; one is that we are going to work together as political parties in order to achieve this change that we all desire,” said Doyin Okupe, the vice presidential candidate of LP’s Peter Obi, in an interview with the Punch.

This dillydallying, which continues as INEC’s deadline for substitution is less than 20 days, has afforded Obi and NNPP’s candidate Rabiu Kwankwaso another opportunity to scout for friends.

Not just any friend, but friends with benefits. They need one, especially in government, who have access to huge funds into which they can dip for campaign funding.

Kwakwanso has also spent some time with Wike.

There’s so much Obi and Kwakwanso, both former governors, can offer the only PDP’s governor who understands how to use money to win friends and influence people in politics.

Obi, in particular, needs a partner like Wike since opposites attract. The former Anambra governor has a reputation as close-fisted politician attaching himself to big-spending principals. The LP presidential candidate has also been parrying every opportunity to rally grassroots supporters whose understanding of politics is money. He had to abandon his Ekiti guber candidate in the recent election, and flew to Egypt where he said he went to study Cairo’s energy and financial sectors—in three days.

His popularity on social media is rising. Maybe he’s worried the voters in Owo, Kazaure, and Shinkaffi might never have heard his name. He needs Wike.