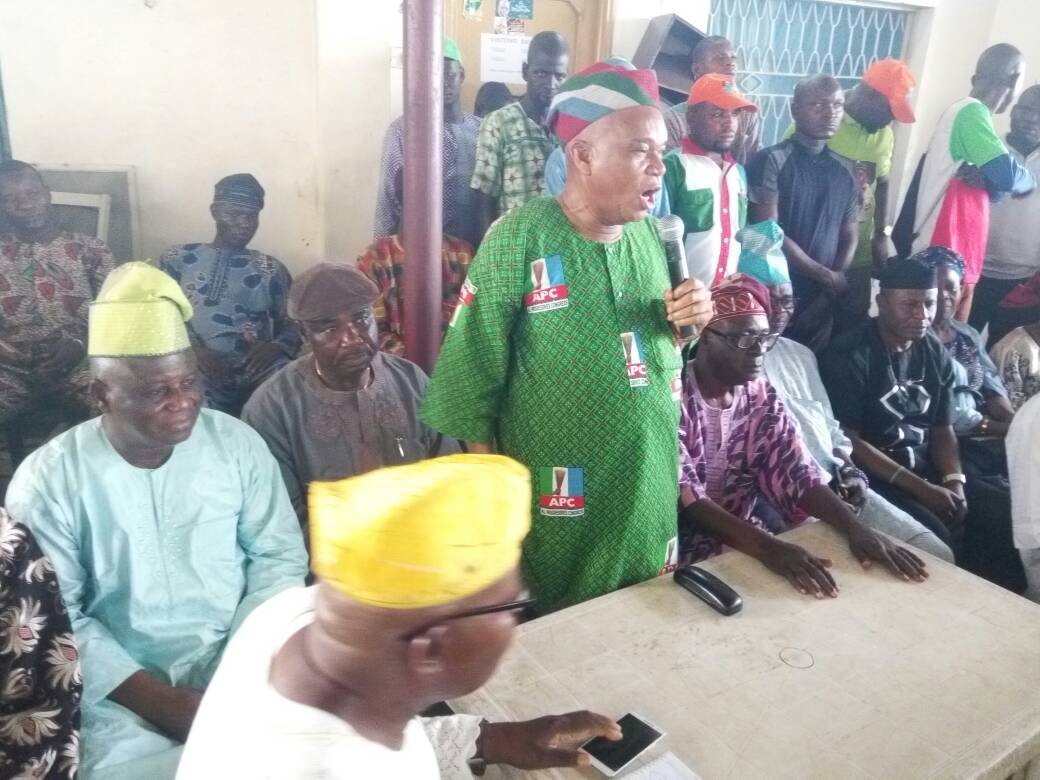 The power tussle previously disrupting political permutations within the Ojokoro All Progressives Congress, has been brought to a halt as top shots and stakeholders in the race for the Chairmanship position in the Local Council Development Area close ranks to have an APC standard flag bearer ahead of  July 22nd council poll.

While welcoming the leaders to the reconciliation and flag off campaign for the chairmanship and councillorship candidates of the party. The party chairman APC, Ojokoro LCDA, Prince Wale Bello, appealed to members of the party to work assiduously for the party’s candidates and ensure all round victories for the APC in the July, 22nd LGA elections.

The Apex leader, Alh. S.A. Muhammed, who spoke on behalf of the party leaders present, said, the party is ready to go into the election with a united and formidable team. 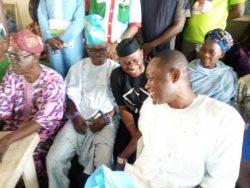 “Let us forget what has happened and go into the election with a united team and ensure victory for APC, the party victory is very important, I want to appeal to all and sundry to see the party as supreme”.

ALSO SEE: LG poll: primaries and the melodrama across board

The apex leader,however acknowledged the efforts of the Special Adviser to Governor of Lagos on Commerce and Industry, Hon. Benjamin Olabinjo for being the first executive chairman to choose his successor  emphasising that the feat is unprecedented in the history of the LCDA since it creation in 2003.

The sole Administrator, Ojokoro LCDA, Hon. Waleeh Ipaye who promised to delivered the victory of APC in the forthcoming election admonished party faithfuls to support him and other leaders towards achieving victory for the party.

The highpoint of the gathering was the presentation of the party’s flag bearer for the chairmanship position, Hon. Hammed Idowu Tijani and the Councillors representing the seven wards of Ojokoro LCDA.

The party leaders and faithfuls had a one minute silence for the demise of the first Chairman of the party while in Action Congress(AC) Elder. O. M. Idowu who died earlier in the week.