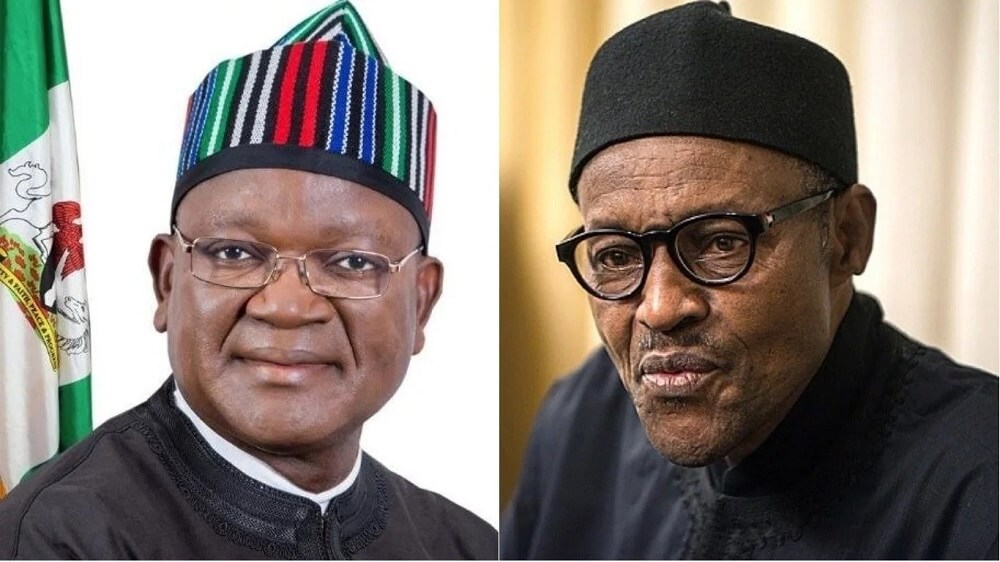 Governor Samuel Ortom of Benue State has challenged President Muhammadu Buhari to order military onslaught against bandits in the north central as he has done in northwest Nigeria.

Governor Ortom, hosting members of the Niger Delta Bishop’s Voice and Minister’s Forum (NDBVAMF) on a courtesy visit at the Government House, Makurdi, emphasized that raiding of bandits’ hideout in Zamfara State in the northwestern by security operatives should be extended to the north central so as to flush out the bandits for peace to return to the zone.

Governor Ortom lamented the intractable insecurity and corruption in the country under the All Progressives Congress (APC) government, adding that his commitment is to the peace and unity of Nigeria and nothing more.

The governor commended the solidarity of the NDBVAMF with the people of Benue State. He added, “as a student of the Bible, I am aware that God’s wrath would visit any leader who took oath by the Bible or Quoran and goes against its provisions.”

NDNVAMF National President, Archbishop Moses Omonkhuale, stated that enemies of Benue should vacate the state for good. He commenced Governor Ortom for being courageous in defending and protecting his people.

Archbishop Moses Omonkhuale declared that God will defend His name in the Governor by putting enemies of the state to shame.

The NDNVAMF National President, therefore, prayed for peace to return to Benue.

Storm Nicholas cuts off electricity from 450,000 Homes in Texas