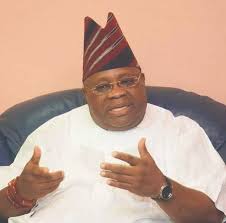 While the candidates for the July 14 governorship  election in Ekiti State are slugging it out in the battlefield, the preparations for the governorship election which comes up later in the year in Osun State has intensified.

The Peoples Democratic Party (PDP) has been on top of the game, getting set for the primary election to nominate the party’s candidate for the governorship election.

The PDP Primary Election Screening Committee for the September 22 governorship election in Osun State, on Thursday, June 28, after screening, cleared all the 11 aspirants seeking the party’s ticket for the contest with other political parties.

National Daily gathered that former Deputy Speaker of the House of Representatives, Austin Opara, from Rivers State, is the Chairman of the PDP Screening Committee in Osun State.

Share this on WhatsApp
Related Topics:Osun STatePeoples Democratic Party (PDP)
Up Next