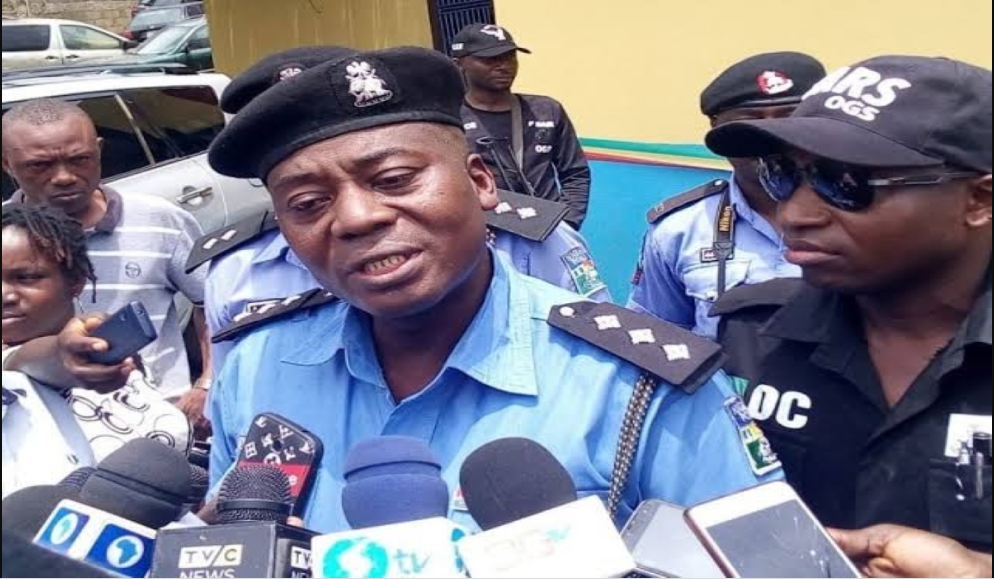 The Ogun State Police Command has asserted that its prompt response to a distress call that an undergraduate of the Federal University of Agriculture, Abeokuta (FUNAAB) was shot actually saved the life of the student identified as Bakare Samuel.

The command in a statement by its spokesman, SP Abimbola Oyeyemi, said contrary to a press release by NANS/JCC Ogun Axis that police officers were involved in the shooting, it was the police patrol team that actually rescued the student and took him to the Federal Medical Centre Idi-Aba Abeokuta where he received immediate medical attention.

“On the 27th Sept. 2022 at about 12:50 midnight, a distress call was received that a young man was shot by riders on a fast moving motorcycle at Isolu-cele Area. A patrol team was promptly dispersed to the scene where a young man later identified as Bakare Samuel, 25 years, 200 Level Student of Animal Production and Health Department, Federal University of Agriculture, Abeokuta was found on the ground with gunshot wounds.

“The Police Patrol Team evacuated him to Federal Medical Centre Idi-Aba Abeokuta where he received immediate medical attention, and is still recuperating from the gunshot injuries. The prompt response by the Police team saved the undergraduate student from untimely death.

SP Oyeyemi stated that findings from the hospital indicated that pellets associated with fabricated guns were extracted from the body of the victim in the course of treatment.

“Those could not have come from Police Assault rifles or pistols.  The assertion in this press release that two persons were shot severally could not be substantiated as the imaginary second person has not been produced and indeed not receiving treatment anywhere known to the Police.

“Contrary to the allegation of a cover up of the incident  by the Police, it must be stated that it is the students body that has not made concerted efforts at ensuring the well-being of one of its members by following up on the whereabouts and progress of the victim. This would have afforded them a more informed assessment of the incident.

“The Nigeria Police Ogun State Command remains committed to ensuring the safety of lives and property of all Citizens of the state and no amount of blackmail and unsubstantiated innuendos will distract us from discharging the constitutional duties,” he added.