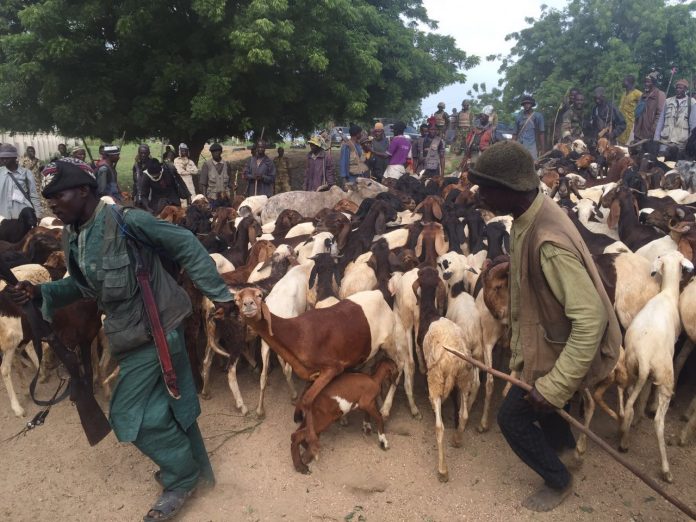 Governors were calling for calm on Thursday, following the anger that trailed a 30-day ultimatum issued by some youths in the North, who said the Federal Government should implement the controversial cattle settlement policy before July 3.

The Northern Governors’ Forum called for calm but the Ohanaeze Ndigbo urged its members residing outside the Southeast to defend themselves.

Besides, some legal giants dismissed the ultimatum as illegal and of no consequence.

Addressing reporters in Abuja on Wednesday, the Coalition of Northern Groups (CNG) spokesperson, Abdul-Azeez Suleiman, attacked Vice President Yemi Osinbajo for dissociating himself from the policy.

Suleiman threatened that the hitherto unknown group will resort to a line of action after the expiration of the ultimatum on July 3. He did not specify the action, but the CNG also threatened to expel all non-northerners in the North if the president failed to do its bidding.

In a communique, the group criticized former President Olusegun Obasanjo over his Islamisation and Fulanisation remarks.

Part of the communique reads: “Accordingly, we remind the nation that so long as the Fulani would not be allowed to enjoy their citizens’ right of living and flourishing in any part of this country, including the South, no one should also expect us to allow any southerner to enjoy the same in northern Nigeria.”

But, the 19 Northern state governors cautioned the group to refrain from provocative comments following the suspension of the implementation of the controversial cattle settlement policy.

The governors urged the CNG to engage stakeholders on a better way forward.

In a statement issued in Abuja on Thursday, the governor also urged the coalition to allow the government handle the matter, assuring it that the government will come out with a solution that will be beneficial to all.

The statement reads: “With the ensuing development following the announcement of the suspension of the Rug: resettlement initiative by the Federal Government yesterday, it has become pertinent for me as Chairman of the Northern Governors’ Forum to make clarifications on the true position in order to calm nerves.

“We have acknowledged the varied responses that have been coming in throughout the hours after the announcement of the suspension, which we see as part of the beauty of democracy which allows citizens to participate in shaping and moderating the functions of government with regards to matters of public interest.

“Meanwhile we urge all stakeholders and all shades of interested parties, especially from the North, to remain calm and air their views democratically and decently while allowing the government chance to handle the matter.

“In the meantime, we are happy to announce that we are reaching out in engagement with major stakeholders in the matter, particularly in the North, after receiving the position of the leadership of the Coalition of Northern Groups with the hope of getting the public to fully understand the whole concept and the wisdom behind the decision by the government.

“We acknowledge here the Coalition’s concerns and, in particular, its decency in urging the northern people to remain civil and resist the temptation to be drawn into anything untoward.

“We are reassured that the leadership of the Coalition is genuinely and responsibly concerned with the betterment of the whole nation and with the well-being of the Northern region and people, in particular, and that it will continue to work for calm and understanding.

“We assure everyone that at the end of the day, what is coming out of the suspension would tum out to be more beneficial and in the best interest of the whole nation. We are working on a complete package that comes with multi sectoral and multidimensional benefits that would serve the interest of all both in the short and long terms.

“We once again urge for understanding and cooperation from all.”

The Ohanaeze Ndigbo issued on Thursday a fresh call to the Igbo to be ready to defend themselves wherever they are.

In a statement, Ohanaeze Ndigbo President-General Chief John Nnia Nwodo, said: “My attention has been drawn to a broadcast by Abdul Azeez Suleman, speaking for a Coalition of Northern Groups in which he had the audacity to give the Federal Government an ultimatum of 30 days to rescind its decision on the suspension of its Ruga settlements policy. Abdul went further to threaten the expulsion of southerners resident in the North at the expiration of his dateline if the Federal Government does not rescind its suspension decision.

“This irresponsible, unlawful and provocative outburst reminds me of the quit notice from Northern Youths two years ago.

“Ohanaeze insists that the Ruga policy is an Islamisation and Fulanisation policy. It is a violation of our constitution and Supreme Court decisions on the Land Use Act. Its suspension without cancelation leaves the Federal Government still in violation of our laws.

“The threat to evict law abiding Nigerians from their places of abode in Northern Nigeria is treasonable and obviously like the gun trotting herdsmen will go unnoticed by our federally-controlled law enforcement agencies. Let Abdul, the Federal Government and others like them take notice that Ohanaeze has no objections to all Igbo in the North returning home so long as all Northerners in the East leave the East and we dismantle the federal structure imposed on us by the military and return to autonomous federating units.

“The nepotism exhibited by this Federal Government, her duplicity of standards in law enforcement, her undisguised Fulanisation policy is repugnant to rule of law and good governance. We will no longer tolerate any further threats from these Northern war mongers.

“After all, who should be the aggrieved under the circumstance?  The millipede that has been marched is whimpering, but the person that marched it is complaining that his foot has been soiled.

“The South that is bearing the yoke of oppression from cattle herders are trying their best to co-exist with their aggressors, yet it is the aggressors that are threatening further mayhem. This cannot be. I call on all Igbo to be ready to defend themselves; enough of these threats!” 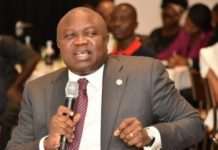 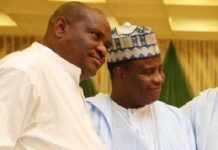