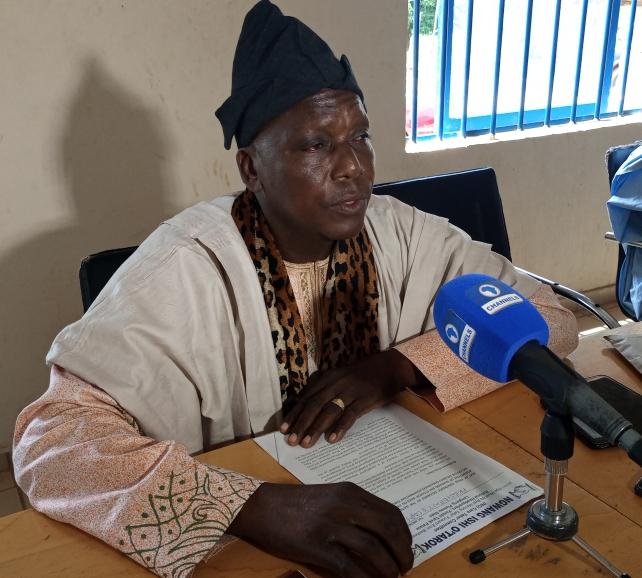 Share this on WhatsApp
Spread the love
By Kingsley Chukwuka
A group in Langtang Local Government Area of Plateau State has raised the alarm that terrorists have taken advantage of the comment credited to the Minister of Communication and Digital Economy, Mallam Isa Pantami to invade their community.
The group under the aegis of Ngwang Ishi O’Tarok (NIO), said strange faces are now being sighted in different parts of their community probably strategising to launch an attack to fulfil the promise made by the Minister that he will lead a jihad against the Langtang people.
“We hope these latest plots are not part of the Minister’s long standing and widely publicised genocidal agenda against our people.
“In recent weeks Tarok communities of Wase Langtang North and South and indeed other neighbouring communities have continued to witness unprecedented influx of war-like strangers”, NIO said.
Recall that years ago, the Minister when he was still an Islamic cleric during a face-off with the Tarok people, threatened to lead a jihad to Langtang aimed at wiping them out.
The comment which recently resurfaced on the internet generated criticism against the Minister, prompting the federal government to defend the Minister saying he has apologised, our correspondent reports.
However, with the recent influx of Fulani fearful looking strangers in the community, the “Ngwang Ishi O’Tarok” quickly on Wednesday in Jos held a press conference to alert the public on the impending danger.
“The recent evidence of the systematic plot against our people was the recorded hate speech credited to the current Minister of Communication and Digital Economy, Mallam Isa Pantami in which he had threatened to lead a jihad to Langtang against the Tarok people”, President of the Ngwang Ishi O’Tarok, Mr. David Dashe said.
Dashe said the plots against the Tarok people have been intensified in recent weeks as the terrorists are perfecting plans to attack them in Wase, Langtang and other locations where their people are resident.
“Over the last few years, the terrorists threat against our people have continued unabated in new phases, justifying the fear that we face a fragile future.
“As a people, we value peaceful co-existance and the rule of law, but we must reiterate that any further desire to attack and stifle us out of existence, or inflict killings and destruction on our people as attempted in recent past will be met with appropriate resistance.
“Without doubt, any harassment and molestation by such invaders will make it incumbent on us to exercise our God-given and constitutional rights to defend ourselves and our property”, Dashe said
Share this on WhatsApp
Related Topics:
Up Next