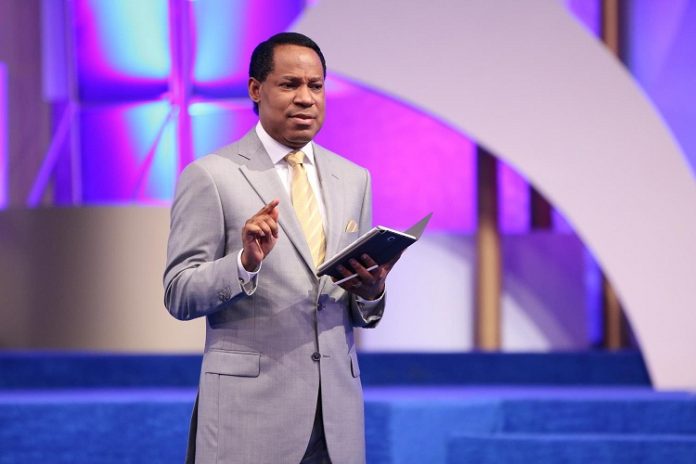 Pastor Chris Oyakhilome, President of the Believers Loveworld, (aka Christ Embassy) will host a Special Easter Sunday Service of Healing, Salvation and Blessings that is expected to begin by 6.00pm GMT+1 today.

The event which will be broadcast live by over 800 Television and Radio Stations across the world will climax a 17-day long transmission of Special Prayers and Teachings by the man of God that has witnessed online participation and TV viewership of over two billion people each day. According to information from the Church, all the stations have confirmed to hook up to the Service Live from all over the world.

The broadcasting stations have been chosen in such manner to ensure no one is left out of the anointing and blessings of God that flow from the Pastor. While over 800 TV and Radio Stations around the world have confirmed to hook up on the Sunday Service at  6.00pm GMT +1, 1.00pm EST, for the Special Easter Sunday Service with Pastor Chris, participation opportunities have been expanded to several social media platforms. Accordingly, the overall Global Directory of all the Ministry Websites, Apps, Social Media platforms, Satellite and Terrestrial TV Stations and Radio Stations that will live stream or broadcast the Special Easter Sunday Service are published on the link given below:

It will be recalled that during the recently organized Global Day of Prayer with over 3 billion people participating across the globe, Pastors Chris and Benny Hinn declared words to calm the Covid-19 Storm.

The raging storm occasioned by the nouvel Coronavirus also known as Covid-19 which has effectively hemmed in more than 60 percent of humanity into different types of quarantine was efficiently deflated through a Special Prayer Session organized by Pastor Chris Oyakhilome of the Loveworld Ministries (Christ Embassy) and Pastor Benny Hinn. The prayer session tagged Global Day of Prayer which was streamed online had the most unprecedented number of people ever recorded in any spiritual programme in the world with participation from over 247 countries and territories of the world including the Vatican City, Rome.

Speaking about the Global Day of Prayer, Pastor Chris noted that it became necessary to change to change the narrative and free the world from the devastating effects caused by the Coronavirus pandemic. Thus the need to bring Christians from all over the world irrespective of denominations, to take a stand in unity against the forces of darkness causing panic and perplexity in the world today. The event was described as a faith response to restore hope amidst the growing fear and confusion expressed by different governments of the world in the wake of the Coronavirus epidemic.

Explaining the impact of the disease on the world, Pastor Chris highlighted the fact that it appears that everything that should go wrong with the world chose this particular period to manifest. Giving a background to some of the things happening in the global political economic circle, he gave example with ongoing crude oil price war between Russia and Saudi Arabia which has crashed the global oil price beyond production costs, and has brought untold hardship and confusion on countries that depend on crude oil for foreign exchange. That this is happening at a time the Covid-19 disease is equally causing economic disruptions across the world, and pushing the global economy to recession, is something Christians should pay attention to because they are not unrelated. It is all part of the devices of the devil to water the ground before unleashing wickedness on the world. Pastor Chris warned that “if we do nothing, the devil will not be stopped, thus the need to pray and receive answers” he added.

The Global Day of Prayer assured the world of the liberation of nations from the siege of the pandemic, putting to a stop, and the disruptive and ravaging impacts of the disease, which has virtually impacted negatively on every aspect of societal life. Thus the need to uproot the perceptions which are behind the driving force fueling the fears gripping the world, was well received across the world, even attracting Christians from different denominations and non-Christians alike from different faith and beliefs.

It became a united battle cry against the Covid-19, and a statement of solidarity and faith in the name of the Lord Jesus Christ. Evidently, every country on earth had people who participated either by watching via the television, internet streaming or listened in through the radio.

Beamed through 406 local television stations in 95 countries with Nigeria having the largest viewership of 138 local television stations in all 36 states of the country aside those who joined via the internet using their phones or tablets, moreso, about 472 Radio stations in 190 countries equally broadcasted the prayer session live. Add to that, the participation was tremendous and response was historic in Christendom. Reflecting the fact that the world is hungry for a solution having watched the disease wrought havocs across all continents of the world and almost bringing the global economy to its knees.

The Global Day of Prayer which continued with a two-weeklong fasting and prayers attracted over three billion people from across the world ganging up against the Covid-19, on day 1 and has attracted more than 2 billion participation daily.

Pastor Chris assured that the worst is over and that the disease has been conquered noting that through the power that is in the name of the Lord Jesus, “we have chased out the disease from our schools, our businesses, our streets, our cities, our offices, and we are reclaiming every inch of space that it took from us”. He told the world to fear not, for God has answered the prayers.

It was as comforting as it was assuring as people from all walks of life, creed, race and belief expressed great faith that Covid-19 has been conquered.