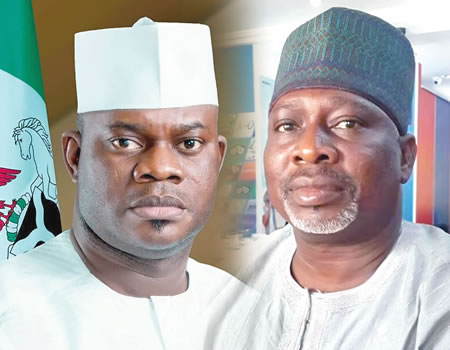 Governor Yahaya Bello has been chided of by the Peoples Democratic Party (PDP) for allegedly instigating the impeachment of former Deputy Governor of Kogi State, Simon Achuba, because of the refusal of the Deputy Governor “to yoke with evil”, which the PDP described as Achuba’s resistance to the brute looting of the state treasury and poor performance of the APC government in Kogi State.

The Kogi State Deputy Governor, Simon Achuba, was impeached on Friday by the Kogi State House of Assembly in Lokoja.

The House Leader, Hassan Bello Abdulahi, representing Ajaokuta State Constituency, had explained that Deputy Governor Achuba was impeached after consideration of the John Bayeshea ad hoc committee which investigated the allegations of gross misconduct against the deputy governor.

Deputy Governor Achuba had overtime sustained agitation over alleged impropriety of state funds. He had at several media interactions accused Governor Bello of misappropriation of public funds in Kogi State.