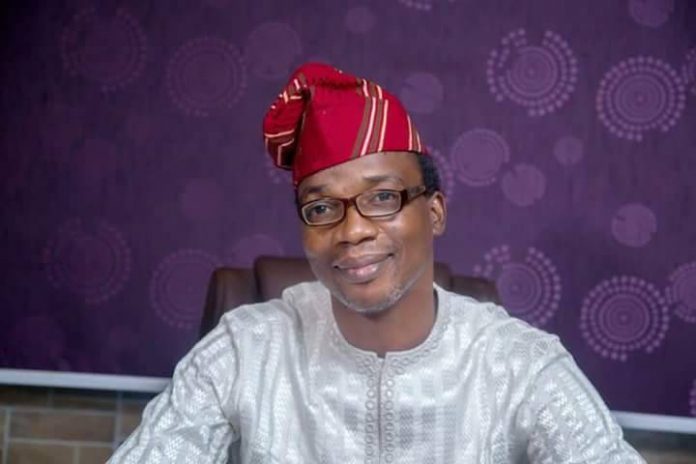 The Chairman of Lagos State Peoples Democratic Party (PDP), Otunba segun Adewale, has described the recent official alignment of the Ahmed Makarfi factions of the party with Labour Party ahead of the July 22 local government election in the state as a clear indication that they are the real black legs in the party hell bent on decimating the PDP.

Adewale noted that all the upheavals in the party are masterminded by the Makarfi group under  Hon. Moshood Salvador through the directive of Chief Olabode George, whose wife is the Director General of National Drug Law Enforcement Agency (NDLEA) under the All Progressives Congress (APC) led government.

“It is a clear indication that the Makarfi led group are the moles within PDP hell bent to decimate us,we in the Senator Ali Modu Sheriff camp are never sell out, we stand firm for PDP, now that the Makarfi group divorced PDP for Labour party,it is good radiance to bad rubbish,even though we are opened to receiving them back.

“Whenever they choose to come back they will never amount to anything,they would rather go and join the queue.

“Having failed to reconcile and are opting out they need to pay the N33m gotten from the sale of PDP nomination forms before any consideration as this move amount to anti-party,Adewale warned that anyone involved in such moves will face the wrath of posterity politically.

It would be recalled that the two factions headed by Hon. Mashood Salvador loyal to Makarfi and the other chaired by Otunba Segun Adewale – had sold forms to aspirants but LASIEC recognized Adewale popularly known as Aeroland and accepted his list of candidates for the election.

“The truth of the matter is that their move to Labour Party is not borne out of failed reconciliatory moves with the party as touted by Salvador but rather they brokered a truce with APC that PDP will not contest the local government election in Lagos.

“It is a clear antics to decimate PDP further as PDP is not Labour,neither is Labour, PDP, but Salvador and the 40 thieves are the ones in Labour,loyal PDP members should be wary of this deceptive people.” Aeroland reiterated.