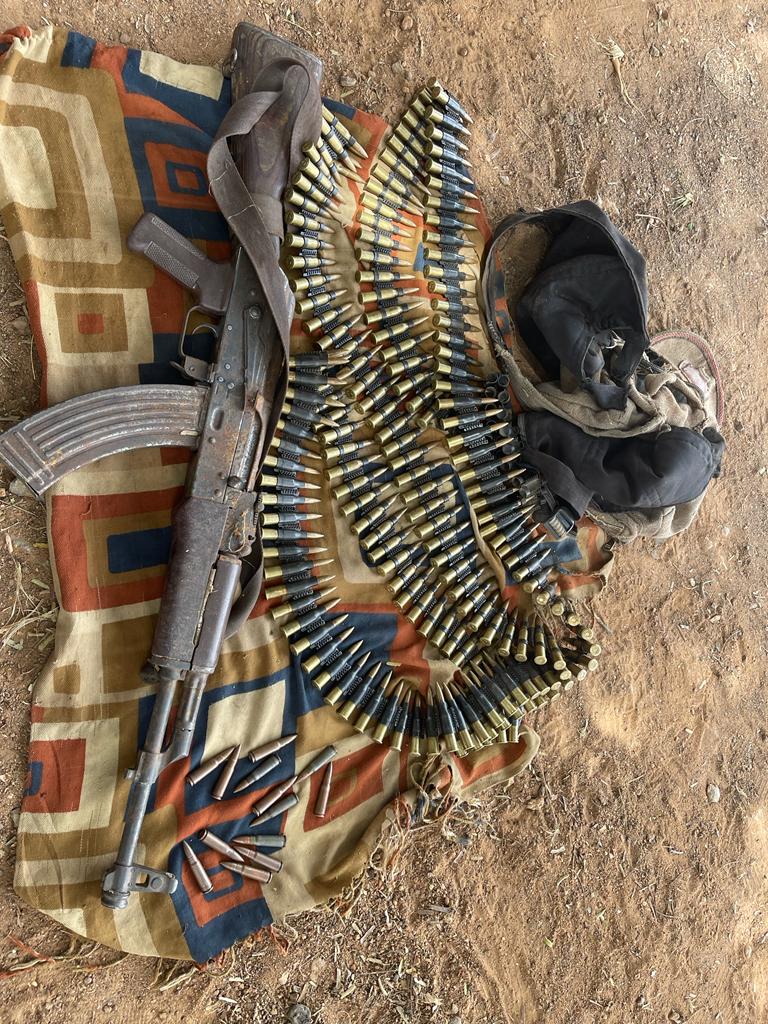 Spokesman, ASP Mohammed Jalige, said in a statement issued in Kaduna on Monday that police also recovered arms and ammunition from the bandits.

He stated that the police were able to foil the planned attack following credible information that a large number of bandits were sighted around Kurmin Kare village on the Kaduna-Abuja Highway.

“The suspects were on a heinous mission to an unidentified location. On getting the information, operatives of the Command mobilised to the location and repelled the bandits.

“While many of the bandits escaped with bullet wounds, efforts are being intensified to locate the injured, for possible arrest and prosecution,’’ he stated.

Jalige urged adjoining communities to report any person with suspicious injuries to the nearest security formation and assured that information received would be treated with utmost confidentiality.

Guard arrested for conniving with hoodlums to rob hotel