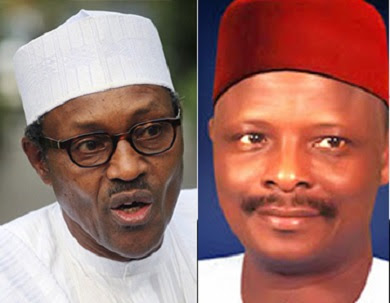 The elite realignment which culminated into the formation of the Third Force under the political code of Coalition for Nigeria Movement (CNM) led by former President Olusegun Obasanjo, is beginning to unfold the mystery of the new formations. The unfolding agenda of the Obasanjo-led Third Force has being linked to a political calculation to sponsor Senator Rabi’u Musa Kwankwaso, former Governor of Kano State, as presidential candidate to challenge incumbent President Muhammadu Buhari in the 2019 presidential election.
The former President has always had Kwankwaso, former Governor Sule Lamido on his chess board for president but the current challenge may have compelled him to stick with Kwankwaso whose popularity and political capital has been rising astronomically across the country.
Kwankwaso has remained consistent with his negotiations and horse trading for the 2019 presidential election. The former Kano State Governor spent his end of the year holidays in the North East where he held consultations with stakeholders from the six states in the zone comprising Yobe, Adamawa, Bauchi, Taraba, Borno and Gonbe. Gombe State which had relative security was the base of the consultations where stakeholders met with the Senator.
The schedule of the Senator to visit his home state, Kano, was thwarted by Governor Umar Ganduje, a die-hard supporter of Buhari’s re-election, who threatened violent subversion of the visit.
Kwankwaso only at the last minute suspended the visit to save the state from bloodshed which would have sprang from violent clash between his supporters and those of Ganduje.
Obasanjo was gathered to have consulted with some members of the ruling elite in Nigeria on the need for generational transition in the leadership of Nigeria before he established the CNM. Some of ruling elite include retired General Ibrahim Babangida, retried General Abdulasami Abubakar, retried General Aliyu Gusau, retried General T.Y Danjuma, Gen. Yakubu Gowon, among others. They are believed to have reached consensus on the New Nigeria Agenda under the new Third Force slogan.
The initial consideration of former Senate President David Mark was not sustainable. The former Senate President, though has military background but does not have national appeal, including grassroots zonal control, for primary marketing of his candidacy.
Kwankwaso has a political architecture that sustains his high political profile in Kano, extending to some states in the North West that can compete strongly with Buhari in the North West.
The new agenda compelled former President Obasanjo to make a famous statement on the state of the nation in January where he advised Buhari not to contest the presidential election in 2019. Babangida complemented Obasanjo’s statement in February which however, generated some controversies.
There are indications that the Senate President, Dr. Abubakar Bukola Saraki, and Speaker of the House of Representatives, Right Honourable Yakubu Dogara, may have signed into the Third Force.
However, incumbent President Buhari has been working on all the calculations and impending moves, forcing him to hold two urgent meetings with Asiwaju Bola Ahmed Tinubu within one month and another with Abdusalami Abubakar.