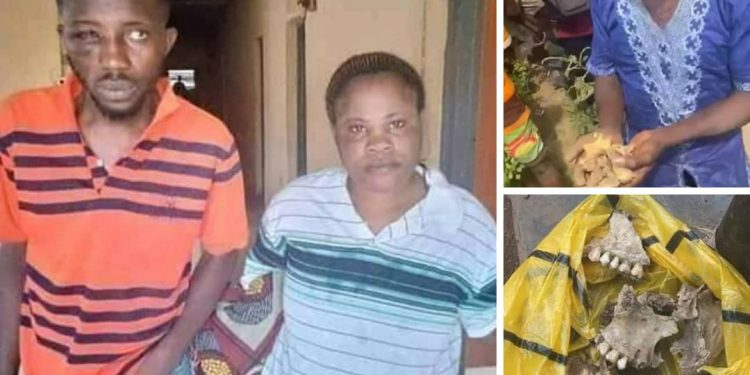 The Police on Friday re-arraigned five persons before an Iyaganku Chief Magistrates’ Court in Ibadan for alleged unlawful possession and receipt of human parts for consumption.

The five defendants, who were previously arraigned on October  22,  2020, for alleged receipt of human parts of policemen burnt by hoodlums during the #Endsars protest in Ibadan, have been in custody since then.

The court had adjourned the case to await receipt of the State Director of Public Prosecution (DPP)’s advice.

At yesterday’s hearing, the Prosecutor, ASP Amos Adewale told the court that he had received the DPP’s advice which ordered the re-arraignment of the defendants on substituted charges.

He said the defendants were now arraigned on a five-count charge bordering on conspiracy, receiving human parts for consumption, misconduct and unlawful possession of human head.

All the defendants pleaded not guilty to the charges.

The Chief Magistrate, Mr Emmanuel Idowu, acting on the Chief Judge’s directive on special plea, granted bail to Kemi, who is pregnant.

Idowu also granted bail to Oyedepo, Aliu and Oladipupo in the sum of N1 million each with two sureties in like sum.

The Magistrate, however, released the minor to his father, who was present in court, with an order that he should enter into a bond to produce him in court whenever needed.

He adjourned the matter till August 11, for mention.

Share this on WhatsApp
Related Topics:#EndSARSAPC defies Police orderIbadanoyo
Up Next