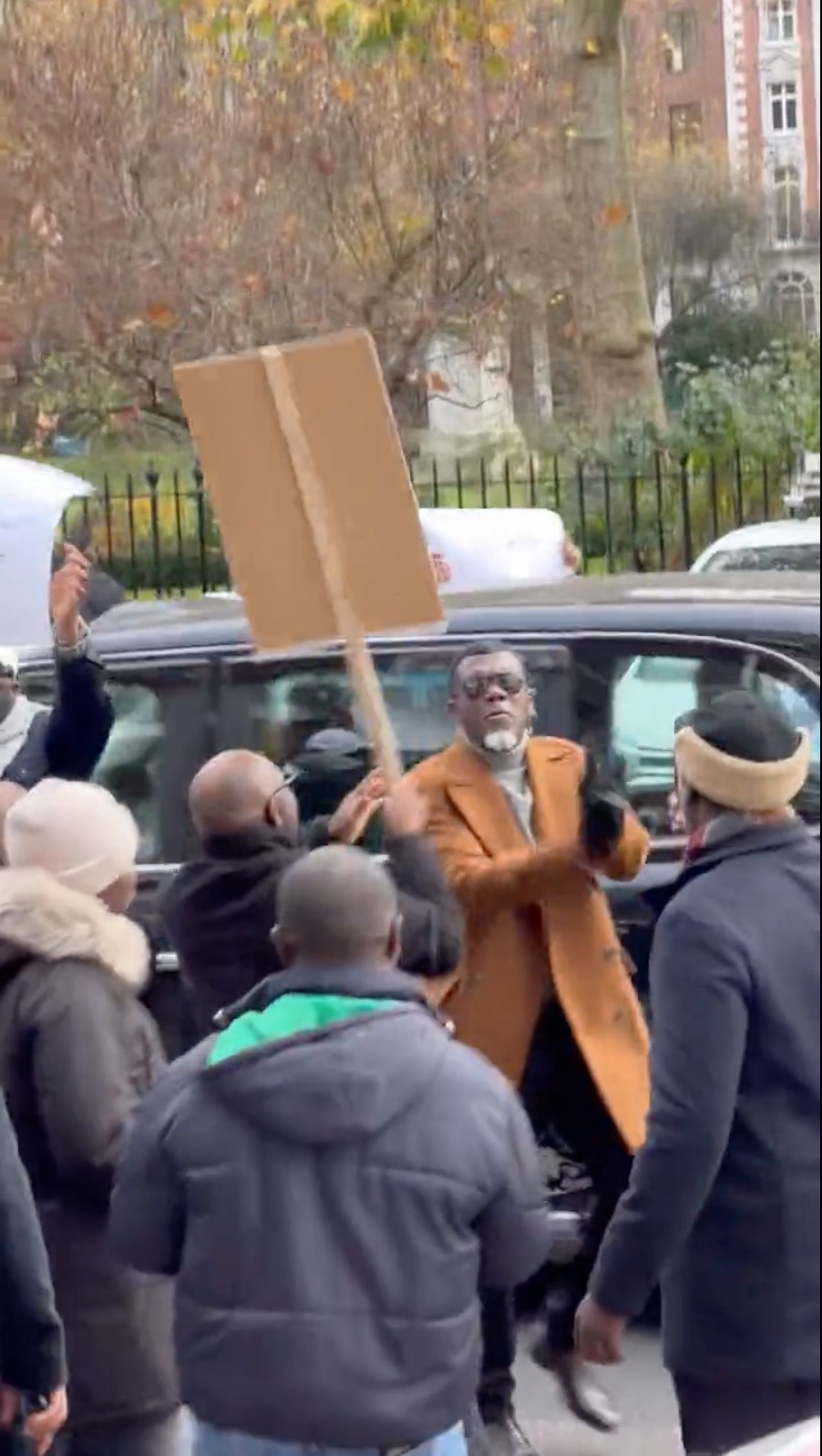 Supporters of the All Progressives Congress presidential candidate, Bola Tinubu, bickered with former presidential aide, Reno Omokri, who had gone to protest at Chatham House in London, where Tinubu was speaking.

In a video that surface online, he was seen chanting, “Tinubu”, the supporters of the APC candidate responded, “For President,” drowning out his own response.

They later started to sing.