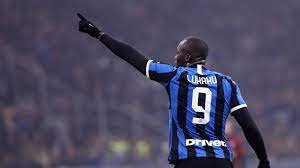 The Inter Milan returnee striker, Romelu Lukaku, has confessed that the season he had at Chelsea was a difficult one for him.

At Stamford Bridge, Lukaku scored 32 goals in 104 matches last season, making him consider a return to Inter Milan on loan.

In an interview with Football Italia, Lukaku said the season at Chelsea gave him extra motivation to do even better than before, adding that he wanted to make a name for himself on his return after he had left the English league as a youngster.

Lukaku had said: “Honestly in a lot of things, I think that before, when I left, I wanted to go back to Chelsea because when I was young, they were my team for 11 years, now I have the opportunity to go there and think of being a protagonist

‘The season at Chelsea gave me extra motivation to do even better than before. I think in one year everyone has forgotten about the things I am capable of doing on the pitch.

“I make reflections only at the end of the season, so after the last game, I put myself to think about what my situation was.

“‘I saw that as a player with Inter I did well, the season at Chelsea for me was difficult. I had no doubts, that’s why I made the decision to come back here.”

CHE vs TOT: 2 reasons why Conte will beat Tuchel at Stamford Bridge