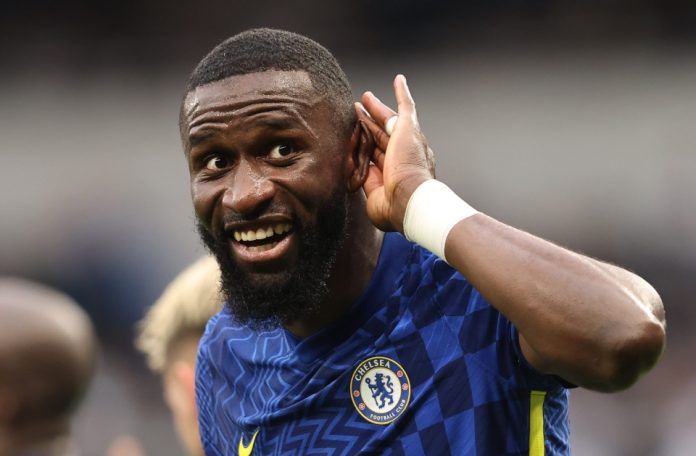 There have been series of speculations surrounding the future of Chelsea strong man Antonio Rudiger at Stamford Bridge.

The 28-year-old German defender who is out of contract in the summer and yet to agree a new deal with the Blues has been rumoured to be attracting interest from Real Madrid.

Undoubtedly, Rudiger has played a key part for Chelsea following the arrival of Thomas Tuchel in helping the Blues attain the top of the table at the moment and his impressive displays have attracted interest from several European giants like Bayern Munich.

However, Rudiger has been intensely rumoured to be heading to the exit door at Stamford Bridge and Arsenal legend Paul Merson believes that the former Roma defender’s mind is already made up to depart on a free transfer.

Meanwhile, National Daily understands from Merson’s perspective that Rudiger’s decision to quit Chelsea could be blamed on former boss Frank Lampard after their fallout.

The 28-year-old has struggled for game time under Tuchel’s predecessor but is now a regular starter alongside Thiago Silva.

Speaking to Daily Star, Merson continued: ‘Chelsea are going to miss Antonio Rudiger when he goes because it will take £60-70m to replace him.

‘Rudiger is definitely leaving. If he wanted to sign a new contract he would have done it by now. There’s no chance he stays now.

‘But it’s not Thomas Tuchel’s fault. I think he made his mind up to go when Frank Lampard had him out of the team.

‘And even though he’s been phenomenal since Tuchel brought him back in, and they won the Champions League, Rudiger hasn’t forgotten.

‘Teams will be queuing round the block now to sign him, and someone will pay him a lorryload of money to join them.

‘He’s been one of Chelsea’s two best players all season for me and he won’t be easy to replace – but Tuchel should already be thinking about who to go for.

‘There just aren’t many world class centre backs around any more, and the ones who are will cost a small fortune.

‘That’s why I don’t understand it when clubs let a player run down their contract like this. It makes no sense at all and it does my head in.’

Sadly, Rudiger was helpless as Chelsea saw Liverpool knocked them off the EPL summit after falling to a 3-2 defeat against London rivals West Ham as Divock Origi’s last minute goal helped Liverpool secure all three points against Wolves to go top.