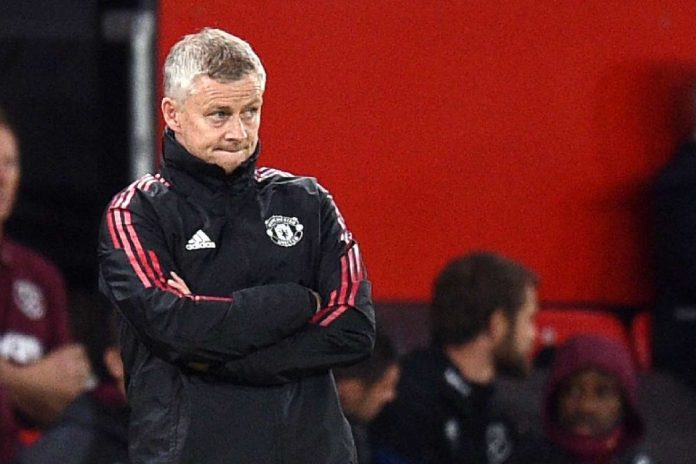 The Red Devils on Saturday fell to their first Premier League defeat of the season against Aston Villa at Old Trafford.

It became a more painful afternoon for the United fans when Bruno Fernandes squandered the opportunity to salvage a point for them with his stoppage time penalty kick effort sent off target.

Meanwhile and expectedly, some United fans were definitely left perplexed seeing Fernandes getting the nod to take the spot kick with Cristiano Ronaldo who has better history of penalty kicks still on the pitch.

There is no doubt that many like Aston Villa legend Gabriel Agbonlahor believe that United boss Ole Gunnar Solskjaer has ran out of ideas at Old Trafford while urging the Red Devils to borrow Chelsea’s stance when the Champions League holders replaced their club legend Frank Lampard with current boss Thomas Tuchel in a bid for desirable results.

For Agbonlahor therefore, United should go for a proven winner like Antonio Conte who had previously won the Premier League with Chelsea and the more recently, the Serie A title with Inter Milan last season as a replacement for Solskjaer.

‘I just don’t think Ole’s the man, if that was [Antonio] Conte he’d be like okay Ronaldo is on the penalty, you haven’t got a if you don’t like it Fernandes come and sit with me, Ole doesn’t have that pull,’ he told TalkSPORT.

‘If I was Manchester United now, Chelsea did it with Lampard, got rid of a club legend and brought in Tuchel and look what happened. Man United need to now take Ole out of it, give him a job in the board, bring in Conte and he will get the best out of these players.

‘Even the decision during the games, Maguire was limping for 10 minutes before he brought him off.

‘You need a goal In the last 10 minutes and you bring on Cavani who hasn’t played any minutes this season, you’ve got Lingard there who scored a late winner against West Ham, you’ve got Sancho which you’ve brought for £70m sitting on the bench.

‘I just think some of his decision have been miles off it, I think United have to bit the bullet and get rid of him, bring in Conte who’s out there, Zidane is out there in order to get better out of these players.’

United however would be out to change their narratives at Theatre of Dreams when they play host to Villarreal in the Champions League  on Wednesday after suffering defeats there in quick succession.