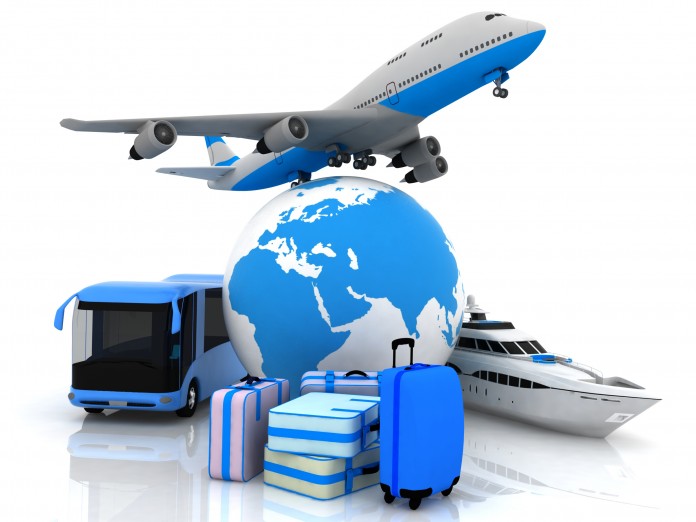 Those in search of irrational and disgraceful justification of misconduct from Nigeria’s public officials should turn to Ekiti state Governor Ayodele  Fayose. His vocabulary is always drenched in classic idiocy and lunatic ecstasy in support of an unpopular cause.

Mid this year, Fayose would have wrestled to the ground President Muhammedu Buhari, had he sighted him physically for having the effrontery to place foreign travel restrictions on some Governors in Nigeria. They were required to clear with the Department of State Security Service (DSS) before embarking on foreign trips.

The directive incensed Fayose who uttered all manner of horrendous condemnations of Buhari. He insisted by faulting such restrictions as gross violations of the freedom of movement of Nigerians as guaranteed in the 1999 Constitution of Nigeria and referenced other laws Buhari has contravened with the “obnoxious” directive.  He dared the President to apply such travel restrictions on him, as states were not appendages of the Federal Government.

State Governors in Nigeria delight in global-trotting. Since 1999, the trend has been ridiculously etched in the psyche of state governors and their hordes of political appointees.

They feel incomplete without junketing to foreign lands as soon as they assume office. In the last political dispensation, some Governors, joined by a retinue of government appointees, acquire foreign exchange and travel out to import specie of swine (pigs) or some kind of grasses for animals in George Orwell’s “Animal Farm” (states).

That was when the economy was good and bubbling with free money from the mini-oil boom. So, such extravagance, though painful, but attracted less opposing noise. But Nigeria today is in dire economic crunch which is causing sleepless nights to President Buhari.

But some state governors, including those indebted to their workers over salary and furiously borrowing loans have refused to discard this damaging idea. It has kept gulping FOREX and draining the economy of their respective states.

The decent ones among them officially claim the foreign trips are meant to source for foreign investors in sectors like power energy, roads and water plants construction and acquire modern agricultural techniques and equipment. But the world is in an age of ICT, where business transactions involving billions of US Dollars can be sealed online within hours, at no noticeable cost.

But  also, some advance flimsy reasons for the trips such as medical tourism, sight-seeing of Western countries when on annual vacations; personal visits to family members  and friends or attending international conferences, but  on themes which have no bearing whatsoever on any development platform in their states.

It is this proclivity to baseless foreign trips that compelled Plateau state Governor Simon Lalong  to mutate into a pastor to spend two-weeks  in Brazil  to pray for Nigeria.

Presently, at least 13 incumbent Governors in Nigeria have been identified as obsessed with global-trotting. And in some cases, the Governors themselves fail to do as much as feigning an official or unofficial reason for the foreign  trips, which are  hugely funded with tax payers money.

Although, they are chief executives of different states, the reasons often bandied to the public for such trips sometimes, rhyme suspiciously and rarely do the reasons differ.

Peculiarly, almost all the Governors claim the foreign trips are to woo or source for foreign investors. The unconvincing tales also laughably speak of direct foreign investments   in areas like Agro-business, automobiles, industrial partnership, irrigation technology and farm equipment.

What is intriguing about the foreign trips is their failure in virtually all the states, the Governors have refused to let go their flair for global-trotting. Its nearly two years in the tenure of governors who came on board in 2015 and despite their multiple foreign trips, none can pinpoint to any foreign investor or any advantage the state has received from such trips, outside lining their pockets with estacode allowances, catching fun in foreign lands and shopping abroad.

When opponents in their states demand for dividends of such trips, they only reply with words like “expecting it soon” and the shamefaced ones simply prefer silence.

But these Governors cannot deceive Nigerians for long.  Anti-money laundering laws have made it extremely difficult to launder stolen wealth, especially with the agreements the Nigerian government has signed with foreign nations in the area of co-operation. These trips provide them with diplomatic cover to ferry sleaze money abroad, under the guise of sourcing for foreign investors and it is the sole reason no public benefits have been derived from the visits.

But the state governors should not forget that the spirit of their impoverished people, poorly developed states and rural communities, coupled with the undeserved penury imposed on them would continue to chokingly haunt them. Very many of the foreign expertise or technology they claim to seek outside the shores of Nigeria can be obtained locally. What irrigation scheme Governor Ibrahim Gaidam sought to create jobs for 40,000 youths that Agricultural Research Institutes in Nigeria cannot offer to him at a modest cost that he went to acquire in China?

Nigerians cannot be taken for granted for a long time and the level of consciousness of the people nowadays should induce caution in leaders, rather than such reckless indulgence into official profligacy. The time to have a re-think is now, before they are crushed by the might of popular rejection by the masses.