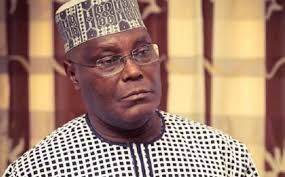 To say that the Nigerian mindset is a phenomenon is to put mildly. If not how do you explain that those who have been at the forefront of fighting both the National Assembly and the Buhari Presidency over the deliberate delay in passing the unbundled Petroleum Industry Bill (PIB) into law are the same people fiercely criticising the Peoples Democratic Party (PDP) Presidential candidate, Atiku Abubakar over his proposal to fully privatise the Nigerian National Petroleum Corporation (NNPC) particularly its downstream subsector?

It’s okay to hear the ruling APC criticise such proposal as you don’t expect much from a bunch of people who have shown that they are completely clueless on how to run an efficient economy but reading some comments from some of those supposedly apolitical Nigerian experts and activists made me to wonder if there is any hope for this country. Do they just talk because they like to be heard or they talk because they have something to say?

If Atiku’s proposal to sell NNPC translates to his having “dangerous intentions for Nigeria”, what does the new Petroleum Industry Bill packaged and supported by these same people portends, danger also, abi?

So if Atiku had said in his policy plan that he will work with the National Assembly to fast track the passage of the different components of the new PIB into law for immediate implementation and that will see the government divesting about 90 percent of its stakes from the NNPC, would the policy pronouncement receive the uninformed criticisms it got from the ruling party and its apologists?

To me, those who asked Atiku to tell Nigerians who he plans to sell the NNPC to could be rightly justified as those that will buy it are as important as the entire concept of privatising the nation’s apex oil concern.

Taking him by his word, Atiku made it explicitly clear that the sale of the NNPC and its refineries will be handled by the Nigerian Stock Exchange where every Nigerian will have the opportunity to buy into it. He also explained in the policy document that as part of the plan, no single individual no matter how rich would be allowed to subscribe beyond certain limits that way, no individual or groups will have controlling shares to begin to dictate what happens in the organisation.

Let me ask: What does the various segments of new Petroleum Industry Bill (PIB) say about the nation’s downstream especially the refining subsector of our oil industry?

If government divests from the NNPC as we have all agreed in the new oil and gas legal framework (the various aspects of the new PIB), does it not mean selling government stakes in the NNPC to private investors- Nigerians and even foreigners?

So what is different from what the PDP presidential candidate is proposing in his policy plan? Okay he should not have included it because he is asking for our votes, he should have waited to be elected first and then go ahead to implement the policy. Haba! What kind of reasoning is this? You see why we are where we are today with the present government that had a book of promises which they threw away immediately they were elected?

The simple question we should ask ourselves is: If the NNPC/federal government is managing our refineries and we are still the only OPEC nation that imports petroleum products and also paying trillions of Naira as subsidy, then what is the sense in still allowing them to continue to defraud us when we have the option of selling the refineries and the NNPC to professionals who can manage them for us for optimum benefits?

For about 40 years that the federal government has been managing both the NNPC and its three and half refineries, we have been losing more revenue than we receive and recently, we have been spending billions of Dollars on importation of petroleum products in addition to paying trillions of Naira on subsidy. How do you explain this and how long can we continue like this as a country of serious-minded people?

Is it not ironic that the NNPC and its downstream oil subsector are kept alive thanks to government life support machines in the form of subsidies? Here we are talking about the country’s downstream oil subsector that rather than generate a lot of revenues for the country as it is the case in most countries, including our peer economies in the OPEC countries, we are talking about state owned refineries run in such absolute corruption that instead of refining and producing petroleum products, have their managers conniving with the big boys involved in fuel importation to always sabotage its refining operations. These are aberrations that must be corrected and if privatising the NNPC will do that magic for us then so be it.

It is very curious that these same people describing the proposed sale of the NNPC as “danger to the nation” has remained deaf and dumb over the nation’s upstream oil and gas sector which is almost totally in private hands.

The only NNPC’s existing upstream player, the Nigerian Petroleum Development Company (NPDC) has remained at best a marginal champion that before now preferred to stay at the sidelines of major plays. For decades they sat down there with the Oba of Benin producing whatever they can from Oredo marginal field while the big players who are supposed to be minors in the joint venture partnership were having field days producing from dinosaur fields both onshore and offshore.

Another of the corporation’s upstream organisation, Integrated Data Services (IDS) has spent its entire lifespan interpreting 2-D seismic data acquired from the Chad Basin campaign in this era of 4 or even 5-D seismic probes. So what are we talking about and why are these critics not saying anything about this 100 percent dominance of the mega billion spinning upstream sector of our oil industry? In the entire upstream business, this same NNPC is the only black leg you will see in that arena defaulting everyday in meeting up its joint venture cash call obligations. Let’s try doing things differently!

The question no government has ever boldly addressed is: for how long should the NNPC, the nation’s economic engine-room, supposedly earning over 70 percent of government revenues and over 90 percent of its foreign exchange earnings, continue to be run by incompetent cronies of every government in power, when handing them to private hands could have made them more profitable, pay more taxes, innovate and compete locally and internationally?

Atiku knows that rather than subsidising our non-profitable refineries along with paying trillions of naira annually in fuel subsidy, by privatising the oil subsector and freeing money from the subsector, that money would be better spent on building schools, hospitals, roads, waterways, railways, mass housing, etc. These are the kinds of investments government should pursue since they can directly enhance the lives of the poor masses, those whose predicaments this present government seems to completely ignore.

Whether some people want to hear this or not, the Atiku Policy document foretells a new dawn in this nation as it articulates practical solutions and answers to the myriad of economic, social and political challenges facing our nation and sets out all-inclusive templates for national rejuvenation, cohesion, protection of human rights and democratic tenets, wealth creation, transparency and elimination of corruption in governance.

We should thus praise this pre-eminent business man turn politician for being bold enough and clear enough by insisting that if elected president he will waste no time in handing the refineries to the best private hands. His decision to do the inevitable could not be unconnected with his vast business insight. Moreover, Atiku remains the only Nigerian politician who has the clear understanding of how best to resolve these problems inherent in state owned enterprises, which unless resolved will continue to undermine Nigeria’s long overdue industrialization. God bless Nigeria!