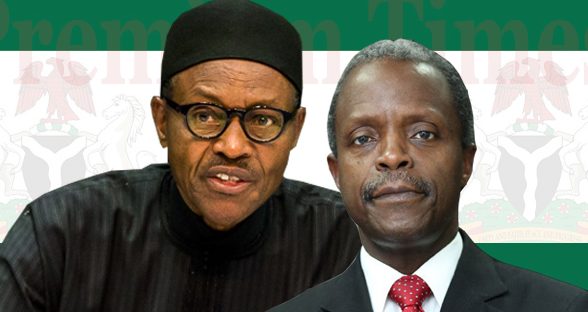 The Socio-Economic Rights and Accountability Project (SERAP) has filed a lawsuit seeking the Federal High Court, Abuja, to order President Muhammadu Buhari, Vice-President Yemi Osinbajo, the 36 state governors and their deputies to “make public details of their assets, specifically, property and income, contained in their asset declaration forms submitted to the Code of Conduct Bureau (CCB) since assuming office.”

SERAP in a statement by the  Deputy Director, Kolawole Oluwadare, indicated that it is also seeking: “an order to compel President Buhari, Vice-President Osinbajo, 36 state governors and their deputies to disclose whether they have received any confirmation of the verification of their asset declarations by the CCB and to disclose whether they have taken any steps to encourage members of their cabinet to also submit their asset declarations to the CCB, and to make such declarations public.”

The accountability advocacy group argued that the non-public disclosure by public officials of their summary of assets undermines the effectiveness and integrity of the constitutional and statutory obligations to submit asset declarations, “especially, given that declarations are designed to curb grand corruption”.

SERAP further noted that only two states— Lagos and Niger – have responded to its Freedom of Information (FoI) requests.

However, it says both states declined the request to make public the assets of their governors and deputies, on the ground that “the FoI Act is inapplicable to state governments, their agencies and officials, and that only Houses of Assembly of states are constitutionally empowered to make laws on public records of states.”

“Declaring publicly is not in our laws; it can only be a voluntary thing”.

SERAP, therefore, stated that it is seeking “a declaration that the failure of President Buhari, Vice-President Osinbajo, 36 governors and their deputies to provide the requested information on their assets constitutes a breach of SERAP’s right under the FoI Act, 2011.