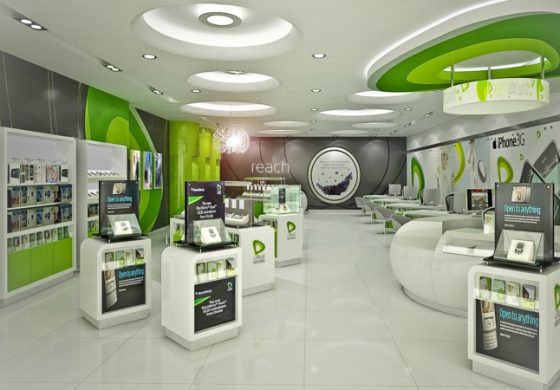 Stakeholders in the telecommunications industry have applauded the appointment of a new board of directors for troubled Etisalat Nigeria, describing the development as a step in the right direction.

Some of the stakeholders spoken to wednesday, expressed the hope that with the reconstitution of the five-man board of directors, the financial management crisis rocking the telecom company, may soon be over.

The five-man board of directors, who had since resumed work include Dr. Joseph Nnanna, an economist, a central banker and a former consultant to the federal government, as Chairman of the Etisalat Board; Mr. Boye Olusanya, the former acting CEO of Econet Wireless now Airtel Nigeria, as the new Managing Director/CEO of Etisalat. Other members of the board are Mrs. Funke Ighodaro as Chief Finance Officer; Mr. Oluseyi Bickersteth and Mr. Ken Igbokwe.

Olusanya was confirmed as the Chief Executive Officer, to replace the former CEO, Mr. Matthew Willsher, while Ighodaro takes over from the former Chief Finance Officer, Mr. Olawole Obasunloye.

All the former board members, including its chairman, the CEO and the CFO, had resigned their appointments in the heat of the crises, to pave way for the reconstitution of a new board.

Etisalat became engulfed in the crisis, following its inability to pay the $1.2 billion loan it took from a consortium of 13 local banks in 2013, for its network upgrade and expansion.

Speaking on the reconstitution of the board, the Chairman of the Association of Licensed Telecoms Operators of Nigeria (ALTON), Mr. Gbenga Adebayo, in a chat with National Daily said that he was happy that the financial management crisis rocking Etisalat has been resolved amicably in the interest of all stakeholders. Although he said it would be too early to ascertain the managerial capacities of the reconstituted board members, he however said ALTON has confidence in the managerial capacity of Olusanya as the newly appointed managing director and chief executive, based on his pedigree in the telecoms industry. Olusanya has a long and outstanding experience in the telecoms industry, having operated at the helm of affairs of Econet Wireless and Celtel that was later transformed to Airtel Nigeria. “Our interest as an association is in the issue that has been resolved amicably in the interest of all stakeholders involved and we will continue to support the management of Etisalat and its new board members,” Adebayo said.

While commending the Nigerian Communications Commission (NCC) and the Central Bank of Nigeria (CBN) for their efforts in resolving the issue amicably, the President of the Association of Telecoms Companies of Nigeria (ATCON), Mr. Olusola Teniola, also welcomed the choice of Olusanya as the new CEO.

According to him, “Boye Olusanya is experienced in the telecoms industry, both as the Deputy Managing Director of Celtel and Managing Director of Dancom, a subsidiary of Dangote Group. He has knowledge of the fiber transmission and mobile services segment of the industry and I strongly believe that he brings much transformative experience having spent the last few years in this area.

“ATCON welcomes him back into the fold and very much look forward to his plans for the future of Etisalat post-transition and his perspective on the industry as a whole and a way forward with respect to the way and manner the industry structures capital that funds and supports the much needed network infrastructure rollout envisaged to continue to grow this industry.”

President, National Association of Telecoms Subscribers (NATCOMS), Chief Deolu Ogunbanjo, hailed the way and manner the crisis was resolved, but tasked the new board to do everything possible to return Etisalat to profitability. “Etisalat was once vibrant, especially in the area of data service offerings. So the new board has a task to return Etisalat to its vibrancy in order to maintain existing subscribers and attract new subscribers,” Ogunbanjo said.

NCC has equally supported the ongoing restructuring exercise in Etisalat, noting that Etisalat and its creditors have successfully reached an amicable resolution of key issues pertaining to its indebtedness, and that a smooth transitional process is currently ongoing on mutually agreed terms.

Director, Public Affairs at NCC, Mr. Tony Ojobo, said: “The Commission is confident that the amicable resolutions reached by the parties will further strengthen Etisalat’s capacity to continue to provide services to its over 20 million customers and to fulfil its obligations to its other stakeholders.”