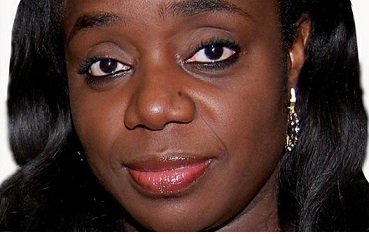 The Minister of Finance whom I have tried so hard to admire to no avail technically due to no fault of hers, or mine either, came out to inform Nigerians that the country is ‘technically’ in a recession. Goodness me!

Why should a Minister of Finance try to sound like a professional propagandist a day after the Governor of the Central Bank said all that need to be said; that Nigeria is suffering from a very rare economic disease that economists are still trying to figure out its causes, and cure: stagflation.

I think I should have used ‘technically’ to qualify the Stagflation, because the Stagflation that has infected the Nigerian economy is even a rare type of a very rare disease.

Technically, stagflation is defined as a period of little or no growth in an economy (of less than 2 or 3 per cent annually) and relatively high unemployment – economic stagnation – accompanied by rising prices, or inflation, or inflation and a decline in GDP.

And technically, a recession is defined as a significant decline in activity across the economy, lasting longer than a few months.

It is visible in industrial production, employment, real income and wholesale-retail trade.

Instead what we have experienced in the last few months is negative growth which is economic contraction.

So what is the technical term for this very rare disease with very rare symptoms?

Now, is Madam Adeosun not aware that the technical indicator of a recession is two consecutive quarters of negative economic growth as measured by a country’s gross domestic product (GDP)?

Is she not aware that the country’s Consumer Price Index (CPI), which measures inflation, rose by 0.9 per cent to an 11-year high of 16.5 per cent in June compared to 15.6 per cent in May?

Is she unaware that June was the fifth consecutive month that the headline index had risen?

But technically, I cannot blame her…why should I?

Why should I blame her when a new government came to power with recession staring them in the face. When they were campaigning to be voted into power in 2014, the economic growth rate was 6.3%, but before they took over power, it was 2.11%. Yet when they came in, they took all the whole time in the world trying to sit down on the seat of power, taking almost a year to form a government?

Why should I blame her the get a budget ready, it took the government another six months, and to start implementing the Budget, we don’t even know when that will happen………why wouldn’t the economy suffer, inflation, recession, stagflation, technicalisation.

I just feel for Kemi Adeosun because she is going down in history as one of the worst economic managers of this country for reasons that are not ‘technically’ her own fault.